Total solar radiation value in Gansu province, around the year 4700-6350MJ/m2, geographic distribution of solar energy resources decreasing from Northwest to Southeast in turn. Year >6000MJ/m2 sun radiation in most parts of the Hexi corridor in the province belongs to the areas with high solar radiation. Solar radiation in the 4700-5200MJ/m2 in the South of Gansu province, and belongs to the total solar radiation in the province. Gansu province, around the year 1631-3,319 Sun sunshine hours, distribution has also reduced gradually from Northwest to Southeast. The Hexi corridor and Western North slope of qilian mountain in low, most of the more than 2,900 hours; Lanzhou, wuwei, silver, hoeryong, North of huanxian County of Jingyuan County, and more than 2,600 hours Longnan at 2000 hours. 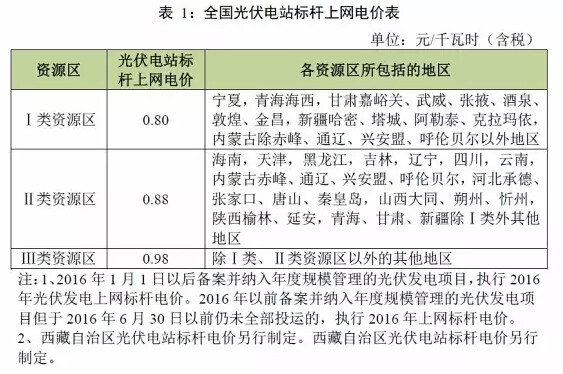 Distributed PV: territorial power subsidies for distributed PV policy, price subsidies for 0.42 Yuan per kWh (including tax, the same below), be paid through the renewable energy development fund, by the power companies to pay which, distributed PV systems use more than the power of the Internet, by grid enterprises in accordance with the new benchmark coal price in the local acquisitions. 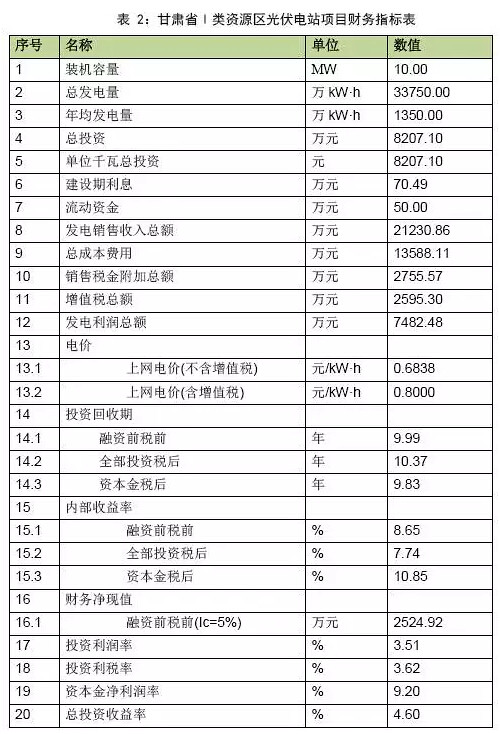 Distributed PV can select 3 species mode: If select “full Internet” way, corresponds to of PV benchmark electric price for 1 Yuan/kWh; If select “spontaneous use, more than electric Internet”, by electricity national give 0.42 Yuan/kWh of electric price subsidies, Internet power according to local coal-fired benchmark electric price acquisition; select all “spontaneous use”, electric price for sales electric price and national subsidies of and. According to the Gansu provincial power grid sales price table, select the investment by commercial electric users, electricity generated by all their own model, whose price was 1.1699+0.42=1.5899 Yuan per kWh. Project for 1MW of installed capacity, unit cost 8000 Yuan, over the number of hours to 1300 hours. According to the above conditions estimated pre-tax rate of return before the financing of the project in 17.74%, investment recovery period is 5.92 years between project profitability is good. See the following table. 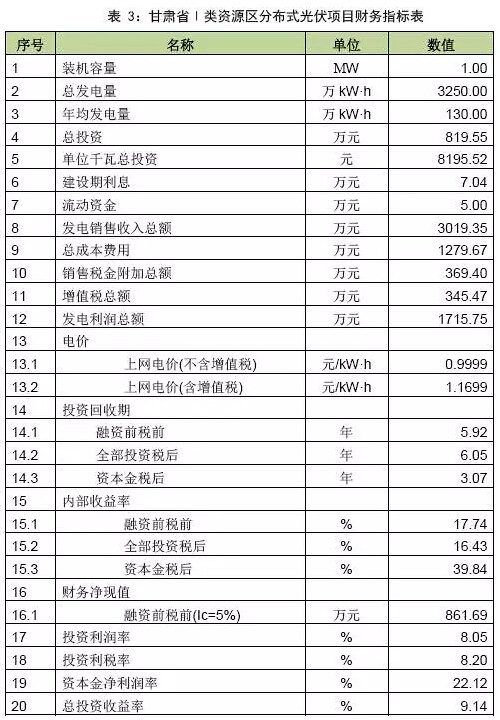 Class ⅱ resource area in Gansu province corresponds to the PV benchmark price of 0.88 Yuan per kWh, assuming a project installed capacity of 10MW, unit cost 8000 Yuan, according to the above criteria calculation, project financing between the before-tax yield in 8.9% before, and payback period of between 9.8 years. See the following table: 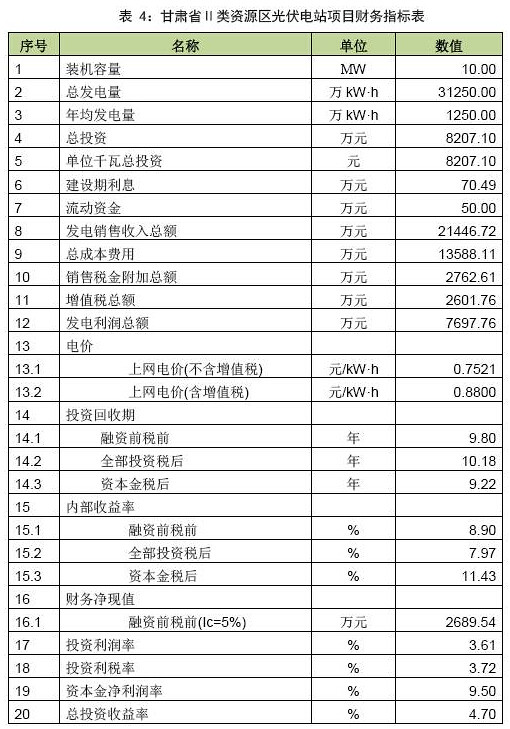 Distributed PV projects selected by commercial electricity users invest all electricity generated by their own model, whose price was 0.9388+0.42=1.3588 Yuan per kWh, over hours to 1200 hours. According to the above conditions estimated pre-tax rate of return before the financing of the project in 15.9%, between the payback period of 6.46 years, project has a certain degree of profitability. See the following table: 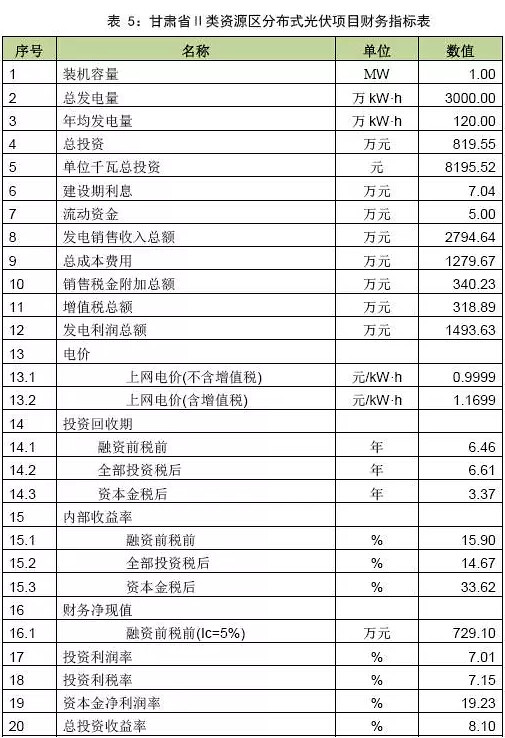 The file while clear Gansu province on PV power station project implemented total control, Gansu Province development reform Board according to national energy Council issued of province annual guide scale and about requirements, combined around resources endowment, and grid construction, and local elimination na capacity, conditions, according to specification ordered, and reasonable layout, and near access, and local elimination na, and sustainable development of principles, decomposition, and determine the city, and State annual scale, city, and State accordingly arrangements specific project owners and the capacity. Light up wind, simultaneously abandoned power protruding areas appropriate to reduce or stop the release of the new scale.