Mercom Capital Group Chief Executive Raj Prabhu said, “in the current difficult environment, many solar-powered public companies will have difficulty increasing investment costs. For example, the 2015 debt markets and public markets occupy a major share of the financing of the Yieldcos in the quarter was very low-key. The other hand, the VC did well, rebound in securities trading, residential/commercial solar industry raising capital in excess of $ 1 billion for the quarter. ”

First quarter of the year, global solar energy venture deals 23 total reached 23, has increased compared with a year earlier. But in 2015 the fourth quarter, venture deals 17, $ 457 million of the total VC Fund. Most VC funds from solar companies and raw materials in the first quarter, is the single largest SunnovaEnergy to raise funds of 300 million dollars.

Ranked in the top five of the large solar project financing 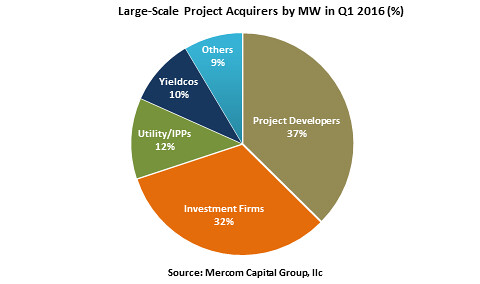 A quarter of total 14 solar merger project in the world, one more than the fourth quarter of last year. In addition, the solar project acquisition reached 50, a total installed capacity of close to 2.4 GW, below is the top five trade acquisitions: 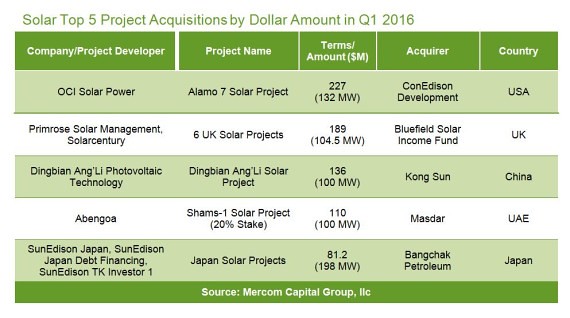