In 2015, the record year for renewable energy development in the world. This year, renewable energy capacity to a record global sharp decline in the prices of fossil fuels, renewable contract hit a record low for a long time, storage can be hot, as well as historic, global solidarity as a community climate agreement reached in Paris. 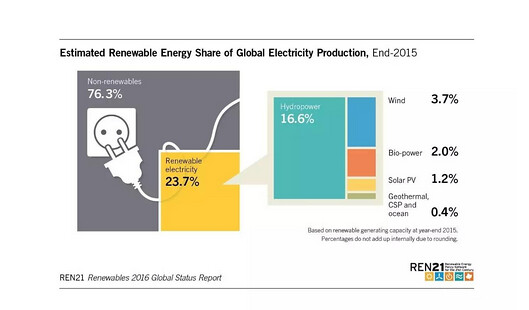 Photovoltaic and wind energy: energy in transition to accelerate 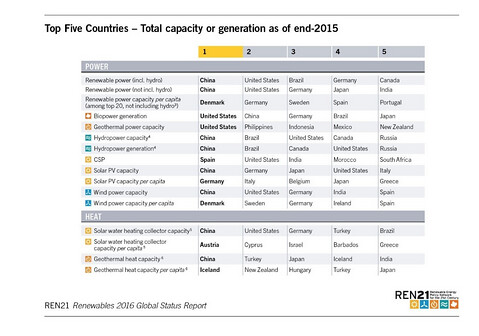 Other growth factors include: financing gets easier, on the issue of energy security, environmental concerns, as well as the developing and emerging countries on the growing demand for modern energy services. 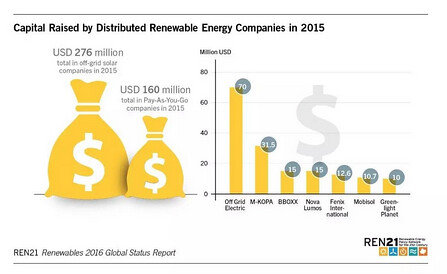 And follow technical progress in investment growth, reduced costs, and more jobs. At present, a total of 8.1 million people working in the field of renewable energy – renewable energy industry a steady growth in employment and the labour market in the energy sector as a whole in stark contrast to the depression. 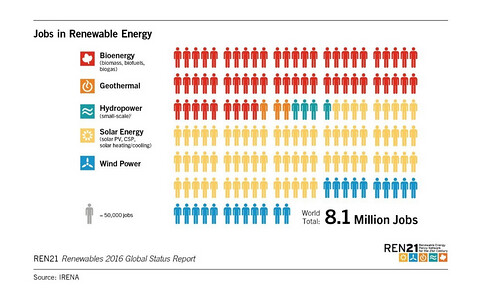 Renewable energy development: opportunities and challenges for the future

Price of fossil energy, renewable energy cost-competitive is still the energy transition of power. In order to accelerate the energy transition, Governments should stop investing in fossil energy, and more of our money into renewable energy, which is also in the Paris agreements unique opportunities for growth at 1.5 degrees Celsius in global temperatures.

EmilyRochon said that in addition to end subsidies for fossil energy, but including all G7 countries in 2050 should stop using fossil fuels. The best way to achieve this goal is to accelerate the use of renewable energy.

Greenpeace says Yuan ying, head of renewable energy projects: in 2016, is continued more profound transformation of energy in the world. China’s “Thirteen-Five” is about to set sail, as a transformation of the energy of the first “Thirteen-Five” project, the development of renewable energy in China will cause greater potential, continues to lead the pace and global energy transition in China, we’ll see.