This year, the State issued a common construction scale PV power station 1 million-kilowatt in our province. By thoroughly investigating, documented in the province and under construction before the end of the completion of projects, grid-connected conditions, size 1.5 million-kilowatt about the contradiction. In order to ensure the timely incorporation of the project built, to avoid the “sun light” problem, through researching, in the scheduling of grid-connected PV power station plans at the same time, the organization declared the second batch of PV power projects for poverty alleviation. Related matters are hereby notified as follows:

A, the principle of arrangement

Main schedule filed under construction and put into operation during the year on-grid project, no arrangements for the project in principle.

(A) the priorities included in the grid plan of the year, but plans have a gap project;

(B) priorities were included in the annual construction plans, currently the main project has been completed and conditions of grid-connected projects;

(A) ordinary photovoltaic power plant according to the general outline of optimization of photovoltaic power generation project documents prepared (annex 1) filled, in particular, to indicate the completion of time, have been completed and projects should be the local development and reform and power grid Corporation of certification. Meanwhile, competitive allocation approach required, issue a letter of commitment.

1. All municipal development and Reform Commission and other local power grid companies to declare the incorporation plan projects carefully examine, strictly, to the construction site to verify the progress of the project. Declarations of deception, acertained that cancel projects nominated and declared eligible, and the city informed criticism.

4. Filing before the city on July 15 and the project table (annex 2), corporate filings, prepared by the County as a unit PV implementation for poverty alleviation programmes, submitted together with the electronic version of my Committee fails to report deemed abandoned. 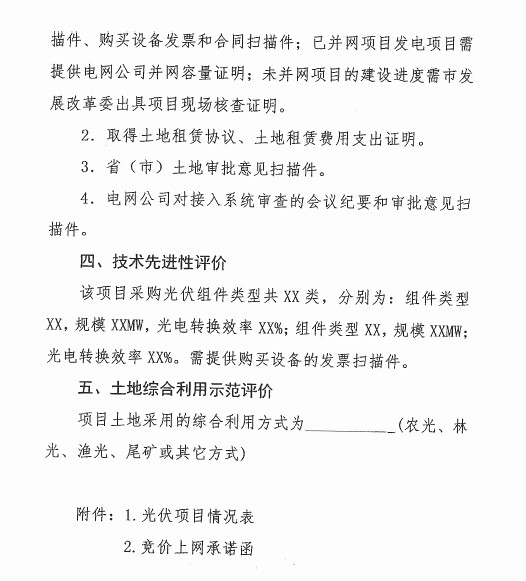 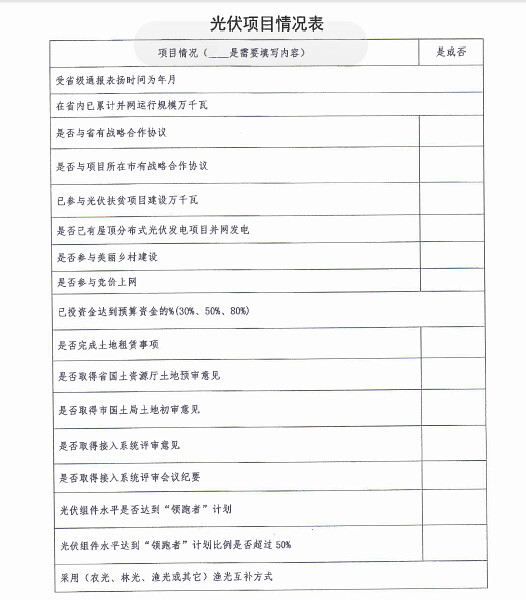 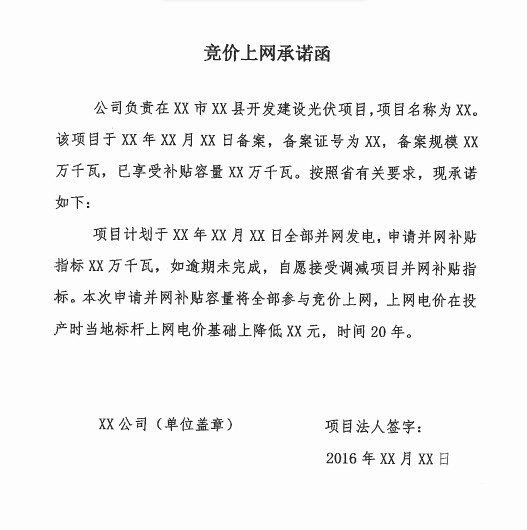 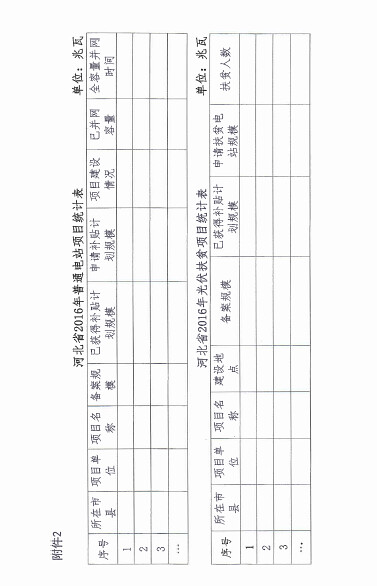 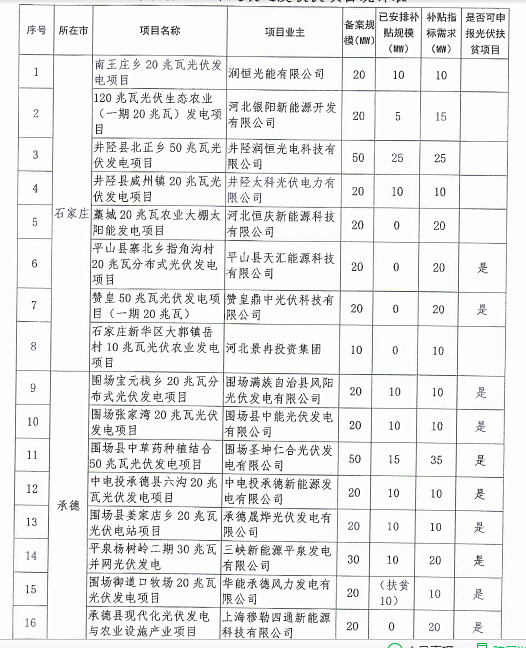 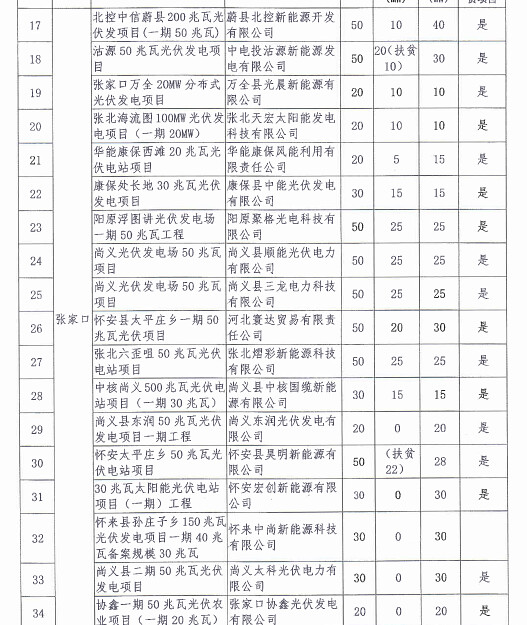 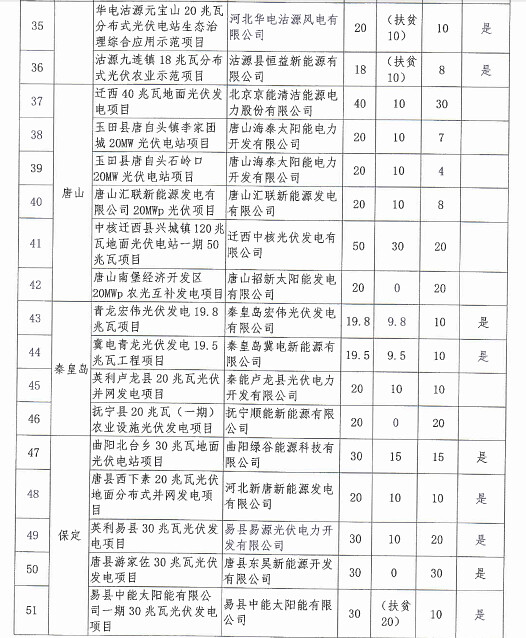 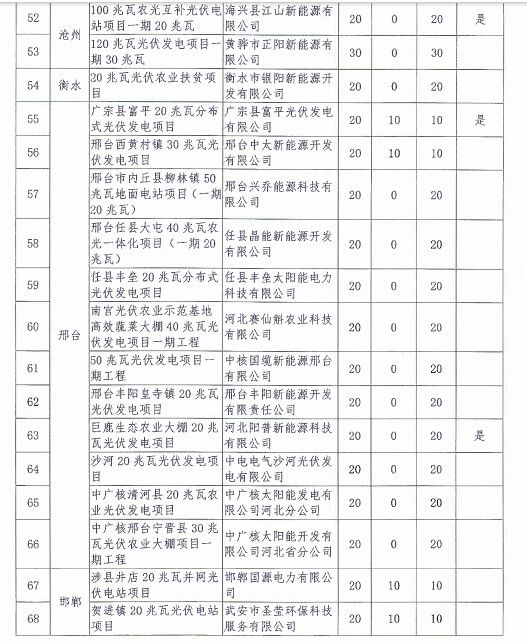 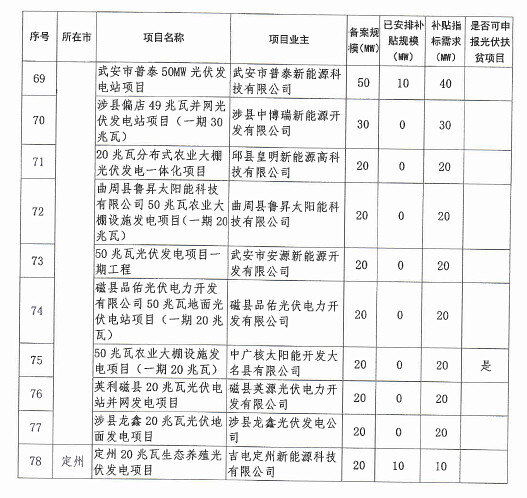