According to the provisions related to photovoltaic power generation project construction management, considering the national PV development plan, 2015-photovoltaic power generation operation in all regions, electricity market conditions as well as the use of subsidies, I prepared the 2016 PV implementation programmes. Be informed of the content and requirements are as follows:

Second, fixed roofs, walls and subsidiary sites construction of photovoltaic power generation projects, as well as all the spontaneous use of photovoltaic power stations on the ground without limiting the scale of the project, regional administrative Department of energy admissible at any time record, power grid company incorporation formalities in time, into the scope of subsidies after the project is completed.

Five, and the province (district, and city) development reform Board (Energy Council) by this scale configuration General PV power station project listing, Yu July 2016 end of Qian submitted I Council, CC this area National Energy Council sent institutions and provincial grid company, and according to national energy Council on implemented can renewable energy power project information management of notification (country can new can [2015]358,) about requirements, Organizing related items in a timely manner to adopt national renewable energy power projects information management platform (hereinafter referred to as platform) complete information. After December 31, 2016, the regions included in the list of 2016 new construction projects could not be changed.

Six, the PV leads the technology base should be taken tenders, preferably competitive comparison method such as configuration items, and price should be used as the main competition. Base construction should, in principle, of a single PV power plant project in 100,000-kilowatt, projects PV PV PV products are required, such as “leader” advanced technical product specification. Base optimization of investment and construction of projects by province (district, municipal) development and Reform Commission (Department of energy) uniform implementation, or by its authorized base city (County) Government organizations. National Energy Board provide guidance and supervision of project construction on the station.

Seven, grid energy enterprises should cooperate with local authorities at all levels to implement the annual construction program. For PV power generation projects included in the implementation plan should be based on the principle to streamline processes and improve efficiency, according to relevant provisions and time requirements, issued by project network views and support out of the construction, ensure that project completed timely operation.

2.2016 PV leads the technology base construction 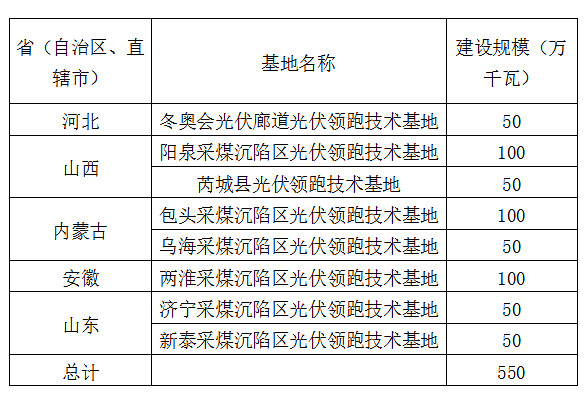