Polaris solar PV net news: PV chiefs Peng Xiaofeng through Sun power (SPI.NASDAQ) introduced the Internet banking platform “green treasure” on the year, has been plagued by “melt” into question. Reporters found that green energy Po 75% of the project on the lessee as companies associated SPI, in addition many projects lack any way of security. Bao was Peng Xiaofeng third venture, green energy. Earlier, as the founder of LDK LDK, Peng Xiaofeng led the LDK LDK to become Asia’s largest polycrystalline silicon wafer manufacturers, its 40 billion yuan worth, I also got on the richest man in China’s new energy Office. But as the solar bubble burst, LDK LDK in difficulty, Peng Xiaofeng left, and huge debts. Peng Xiaofeng founded fashion company “extraordinary beauty”, and set the ambitious performance goals. But the company launched only six months because of poor management, but also because of arrears of staff salaries, suppliers continue to court on. Back again, green Peng Xiaofeng gave important significance of Bao was trying to make a comeback. By using green energy treasure, Peng Xiaofeng, maybe more “ambitious”–SPI has been involved in LDK LDK domestic business bankruptcy reorganization bid.

Once your home “the richest man in new energy,” Peng Xiaofeng, in life’s experiences worth 40 billion yuan to be filing for bankruptcy, “rollercoaster”, or to return LDK LDK in another way (LDK.NYSE).

Since then, relying on green energy treasure, SPI surging. In January, the SPI to switch to NASDAQ. This last Peng Xiaofeng led the LDK LDK listed was 9 years old in the United States.

But in past PV behind the big comeback, green treasure since its launch on a “thawing” controversy. NetEase finance found that green Po multiple products on the platform of the lessee as companies associated SPI, and many projects without any warranty.

In front of the new SPI, Peng Xiaofeng has created a fashion e-commerce site, and developed a “before 2015 sales revenue of 20 billion yuan,” the ambitious goal. But the site only in half a year is unsustainable and there were arrears of staff salaries, changing employee work contract, vendor payments arrears and other acts. In 2012, the LDK LDK was trapped in “vendors blocked the gate”, “corporate layoffs” of negative rumors.

Green treasure will own the schema definition for “physical capital lease”, in which investors green energy in the delegate treasure to buy products such as solar panels to green energy treasure, green treasure of its lease to the building or construction of photovoltaic power plants, photovoltaic power generation, including income from electricity sales, subsidies and other benefits, in the form of rent on a monthly basis the return to investors. In the ideal case, this can solve the problem of PV plants financing.

Launched 2 months, green treasure to achieve sales of over 200 million. Although Peng Xiaofeng spared no effort in several highly publicized in public and try to distance themselves from P2P, but green treasure is still suffering “melt” into question.

ENN group strategy Department Deputy General Manager Chen Shih-tell NetEase finance, because information is not transparent on the green treasure, for investors, if you want to know “where” can only trust platform, this does not eliminate the possibility of existing pools. “If those funds are diversifying into different projects, the risk is relatively small. But the green treasure is directed into specific projects, if the project fails, relatively high risk for individual investors. “

Although Peng Xiaofeng spared no effort in several highly publicized in public and try to distance themselves from P2P, but green treasure is still suffering “melt” into question.

In addition to project the lessee companies associated SPI, green energy-project also lacks any way of security, is only known as the “physical security”-“investors purchased a green treasure of every product corresponds to a real solar panels”.

For the connected transactions platform, green treasure officials explained to the NetEase finance, finance leasing industry, related party transactions is relatively common because thaw has replaced finance, there are no risks uncontrolled capital flows (including false subject matter and misappropriation) and financial leasing is based on the subject.

For lack of guarantees, the official said, given the high turnover rate of the supply chain project and the timeliness of their own characteristics, green treasure “golden orange” credit risk is mainly for series total control, in a total amount of credit, revolving credit. In addition, the green treasure also increased and a number of third-party agencies and insurance companies to discuss cooperation matters.

In addition to nearly 20 former employees outside the labor disputes arbitration, in February 2014 and May, extraordinary beauty but also because processing contractual services contract disputes, Changshu city, respectively, and two Shanghai companies sued in court. In addition, in January 2015, extraordinary beauty she is also a frequent surnames employees sued, for payment of compensation for unlawful termination of labor relations.

In fact, mired in “thaw” tint of green Po, was Peng Xiaofeng third venture. Prior to this, Peng Xiaofeng’s company for unpaid wages, cooperation and were appealed to the Court by employees and suppliers. LDK LDK, Peng Xiaofeng also left a huge debt.

In July 2005, only 28 years old founded Peng Xiaofeng of LDK LDK. Riding the East wind of the photovoltaic industry, LDK LDK to become Asia’s largest polysilicon producer. In 2007, LDK LDK landed the NYSE, became China’s enterprises in the United States biggest IPO of the single release. When Peng Xiaofeng, once the richest man in China with 40 billion yuan worth of new energy.

But since then, as the global photovoltaic industry bubble burst, LDK LDK fell into trouble. Most tense in the capital chain in 2012, the LDK LDK even once mired in “vendors blocked the gate”, “corporate layoffs” storm. That year, outgoing LDK LDK Peng Xiaofeng, Chief Executive.

In April 2013, Peng Xiaofeng started an extraordinary us-social network technology limited (hereinafter “extraordinarily beautiful”). Extraordinary beauty was defined as “personalization, sale, buy” fashion e-commerce company, its core business model is that members join through the line, then do customized online and offline, and, ultimately, will deliver the product to customers. 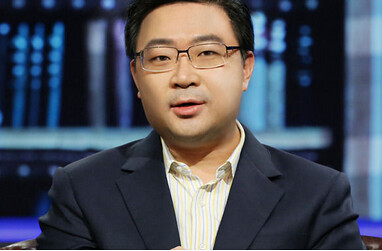 But great Mei online is only half a year because of poor management, a large number of employees were laid off. At that time, many extraordinary beauty Club employee told the media that, company contracts, unpaid wages, social security issues such as missing and supplier payments in arrears.

Press enquiries to, in addition to about 20 former employees outside the labor disputes arbitration, in February 2014 and May, extraordinary beauty but also because processing contractual services contract disputes, Changshu city, respectively, and two Shanghai companies sued in court. In addition, in January 2015, extraordinary beauty she is also a frequent surnames employees sued, for payment of compensation for unlawful termination of labor relations.

Prior to this, LDK, her Peng Xiaofeng of LDK dilemma drew a personal bankruptcy. Meanwhile, LDK LDK company all arrears of more than 900 million Yuan debt outstanding, Peng Xiaofeng bear joint and several liability for the debts, so the individual also has massive debts.

Based on the above, the risk for the demanding control of the Internet sector’s green treasure, Peng Xiaofeng’s personal credibility problem will affect sustainable development platform? Prior to that, in extraordinary Mei after the incident, media reports, “Peng Xiaofeng depends on the suppliers of a large number of big companies in arrears. From 2011 to 2013, the LDK in debt during the suppliers struggling to collect all that information. ”

Or use SPI to return LDK

Had to leave Peng Xiaofeng of LDK LDK for years, even if the SPI large losses, he also took a step closer to the original vision. SPI to NetEase finance confirmed that the company has been involved in LDK LDK domestic business bankruptcy reorganization bid.

2014 Peng Xiaofeng announced it will devote to the SPI. SPI was originally a United States a PV industry chain downstream enterprises, mainly engaged in power plant operations and the EPC business. In 2011, then Peng Xiaofeng LDK LDK at the helm, acquired SPI company for about $ 33 million 70% shares, becoming the largest shareholder of the latter.

Peng Xiaofeng of LDK LDK insiders was evaluation of the moves: “Peng Xiaofeng want SPI a station platform. SPI is an operating company of the future, so capacity can be pushed now crazy to do performance. ” But when Peng Xiaofeng said the SPI from the OTCBB United States NASDAQ OTC system board, is one of our major tasks is 2015. ”

Performance is the key to the success of the SPI transfer Board. SPI starts to expand. In January 2015, SPI global operational headquarters moved to Shanghai and launched a green treasure in May, SPI acquired Shanghai Yazi new Roofing Systems Inc, distributed PV market into the roof … … 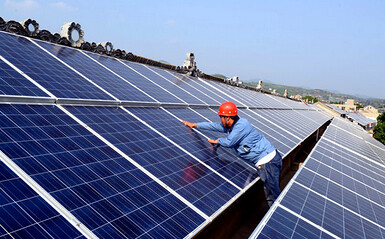 Although PV industry slump was due to overcapacity in recent years, but Peng Xiaofeng want SPI a station platform, and go through the accumulation of performance, so drastic expansion.

On January 19 this year, SPI to switch to NASDAQ, becoming the second us-listed Chinese financial companies on the Internet. And this last Peng Xiaofeng led the LDK LDK listed was 9 years old in the United States.

Had to leave Peng Xiaofeng of LDK LDK for years, even if the SPI large losses, he also took a step closer to the original vision. SPI to NetEase finance confirmed that the company has been involved in LDK LDK domestic business bankruptcy reorganization bid.

“Register now, LDK and reorganization of many investors, regardless of which one do I expect sinovideo revive glory, this is my biggest wish. “Peng Xiaofeng said.