Polaris solar PV net news: 117, the top team in the world or China will mark the owner of AC Milan, one of the mysterious millionaire from the photovoltaic industry.

On July 27, the first financial daily quoted authorities as saying, capital international joint Managing Director of GSR Zheng JianMing Wu Shenjun, may be through the “GO Scale Capital” Fund, purchase of 80% stake in AC Milan, contributions of about 750 million euros (about 5.5 billion yuan). Bloomberg news on July 20 came out the same information, citing a source close to AC Milan deal.

Interested in buying AC Milan’s rumours of Chinese capital, since last year, there are many versions. Previously rumored, Wanda group, Alibaba, hengda group, Baidu, the maotai group buyers list, but have been denied.

The rumors will hammer is not known, the current AC Milan official website has not published information.

It is worth mentioning that, has always been known as a low-key, mysterious millionaire Zheng JianMing and GSR is not the first time together. Zheng JianMing over its new energy enterprises (such as Boston, Crystal power, battery and other companies) have a venture capital investment figures of the jinsha River. The funds used to buy AC Milan “GO Scale Capital” held jointly by Zheng JianMing and GSR. GSR Wu Shenjun, one of the founders is focused on new materials and new investments in the energy sector, and the “solar giant” Zheng JianMing intersection. 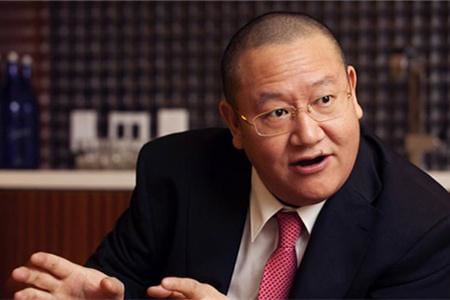 Howe threw the daughter of Zheng JianMing intends to AC Milan has been more low-key.

In 2015, the Forbes China rich list in the new energy industry, Zheng JianMing to 1.5 billion dollars worth, ranks 172th. Little is known, before stepping into the business, he served as international technical and Economic Research Institute of the development research center of the State Council researcher, Deputy Director of the Hainan special economic zone times.

Zheng JianMing, I may not be familiar with the international soccer events, but his investment style is that long-term research policy trends and grasp the precise timing speed after shots. Capital into overseas Chinese football clubs have become nearly two decades of investment, Zheng JianMing to acquire AC Milan are not without a header wide renown. According to incomplete statistics, since 2014, China’s capital has at least 11 overseas investing in soccer clubs, of which 9 are obtained a controlling interest, dispose of two acquisition did not disclose the amount, about 6.67 billion yuan of investment in China’s capital today.

Top level also showed a trend of positive of the football industry. March 2015, the State Council issued master programme for the reform and development of Chinese soccer. The programme refer to: encourage social forces to develop football. Boot the strength of well-known enterprises and individual investment professional football clubs, sponsorship of football matches and public projects, supports the exemplary and leading role of football to play, expand the Club and football development funding channels.

Zheng JianMing said in an interview, not easy to bet on an industry, will observe several years or even longer time, wait until the opportunity came to do the layout.

Real estate for Zheng JianMing to bring lots of money at the same time, he saw the ceiling of real estate. “Housing the administrative examination and approval are too complex, and we have not been the same. “Zheng JianMing said. After his direction, inspection technology, advanced manufacturing, mining, and other industries. Prior to the 2008 subprime mortgage crisis, he has at hand all real estate sold and switched to the stock market.

In 2010, Gome’s battle when in full swing, Zheng JianMing bought 250 million GOME shares in about a month, cumulative spree 350 million shares, more than 2% shares, higher than when he was 1.25% of the GOME Group Chairman, Chen Xiao, becoming indespensible shareholder of GOME.

PV as he headed off to the new energy industry. The first “appearance” PV is at the end of 2012. At that time, the photovoltaic industry is met winter, Zheng JianMing dips into. Through its wholly-owned company Faithsmart Limited, Zheng JianMing HK $ 199 million, buying Hong Kong stocks shunfeng photovoltaic enterprises International Limited, 462 million shares, 29.65% stakes sit the largest shareholder, who actually controlled the shunfeng photovoltaic.

Another is being talked about, in 2013, is the global leader of Suntech PV modules manufacturing industry has run was Zheng JianMing to offer 3 billion yuan in the Pocket.

Suntech has a glorious history, landing is the first United States capital market of Chinese enterprises, Shi zhengrong, the founder has been pushing China’s richest man, on the throne.

But Zheng JianMing road of mergers and acquisitions is not invincible. In March 2015, and the rumored acquisitions similar to the combination of AC Milan, Zheng JianMing and GSR co-operation, from “GO Scale Capital” Fund to take the lead, acquisition of Netherlands Royal Philips LED lighting manufacturer Lumileds80.1% shares of the company, deals worth about $ 3.3 billion. But in January of this year, United States Committee on foreign investment for national security concerns, ending a takeover.

In addition, it is worth mentioning that, according to the clean energy wind 2015 according to the annual report, solar products is highly competitive and effects of many domestic provinces and cities to abandon power, its turnover for 2015 is an increase of 22.4%, but the net profit of 58 million Yuan, was 95.6% lower than in 2014 to 1.304 billion yuan.

Benefit in the photovoltaic industry is not optimistic about the case, Zheng JianMing’s next stop will be a football? Wait to see.