Polaris solar PV net news: recently, issued a letter of Xinjiang Wei autonomous region 2016 public notifications, regulated power generation plan in energy circles sparked discussion. According to what is displayed on the picture: the Xinjiang new energy unit will be put into production before the end of 2015 to affordable power, guaranteed power hour, wind power is 700 hours, grid-connected PV for 500 hours. With the national development and Reform Commission announced on wind power, photovoltaic power generation in full protective notice of the acquisition management (hereinafter referred to as the notice) in the Xinjiang wind power guaranteed minimum number of hours required for the 1800 and 1900 hours, PV 1350 and 1500 hours really far.

On May 5, 2016, by letter issued to the autonomous regions of Xinjiang 2016 public notice, the regulated electricity plan. Notice: new energy unit to put into production before the end of 2015 to affordable power, guaranteed power hour, wind power is 700 hours, grid-connected PV for 500 hours.

On May 31, 2016, the energy Bureau of national development and Reform Commission and the common introduction on wind power, photovoltaic power generation in full protective notice of the acquisition management (hereinafter referred to as the notice), the requirements of the national development and Reform Commission of Xinjiang wind power guaranteed minimum number of hours for the 1800 and 1900 hours, PV 1350 and 1500 hours. 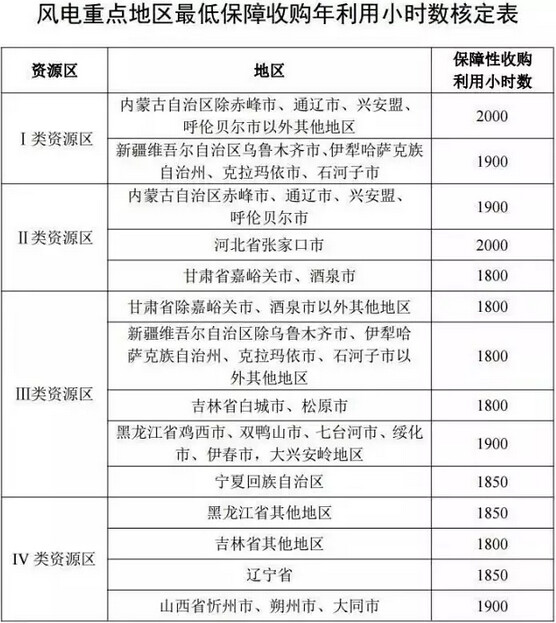 Xinjiang issued guaranteed hours release date is May 5, earlier than the National Energy Board on May 27, the circular, so, after some media’s “face” may not be appropriate.

However, the editor is tempted to take in Xinjiang project of photovoltaic and wind power companies to ask for a sentence, that Xinjiang PV projects are based on local policy enforced? Is performed according to the national development and Reform Commission notice it? In addition, why Xinjiang issued guarantees hours and requirements of the national development and Reform Commission so much worse?

Beans you people in the industry said that lopsided wind, guaranteed hours directly reflects the Government is balancing the energy and resolve the dilemma between power to dissolve.

While the power structure has been optimized, but the share of wind power in electricity 10.6% with 33.7% installed compared to Xinjiang wind power and PV ratio is too low. National Energy Board data show: 2015 photovoltaic disposal light 24.8% in the Xinjiang region, southern part of the area of more than 30%.

Starting from late last year, national series released modified files, on the establishment of renewable energy goals guide the system’s guidance, fully guaranteeing the purchasing management of renewable power generation and many other policies, renewable energy in trying to solve the problem of absorptive. But the outcome was not satisfactory. National energy Bureau Xinjiang Office points out that, according to the State grid power company forecast in Xinjiang, 2016 up wind, abandoned the light will reach around 50%. This letter published in Xinjiang scenery guaranteed hours less renewable energy points to dissolve hard problems.

Contrasting with the renewable energy percentage to abandon is that days of power seems to be a lot better, statistics from the National Energy Board, above-scale power plant thermal power generating capacity rose by 8.5% in Xinjiang, the growth rate ranked third. Contrast, renewable energy is a way for traditional coal-fired power.