Polaris solar PV net news: PV, is a light, using special materials such as amorphous silicon panels, inverters and other power generation systems consisting of electronic components, connected with the power grid and grid power now belongs to the largest green power development projects encouraged by the State. But at the same time the State is quite strict with the PV power station site: first of all must be unused, unusable, forbidden to occupy basic farmland, in addition to planning, procedures in the forestry sector, the power company certificate from, coupled with the company’s own commissioned feasibility studies following the above conditions, to declare the land Department to draw proved. Recently, however, in pingquan County, Hebei province, people many times, daohugou Township government fraud illegal land acquisition to build photovoltaic, cause some people are unable to type, aroused strong discontent among local people.

In mid-July the reporter visited the Hebei pingquan daohugou village: Ding Zhang Zi Cun Cun Nan da area of land has been bulldozed, substations are under construction; riding Gou Cun, large solar photovoltaic power generation system has been built and put into use.

According to d Zhang Zi Cun people introduced, township only sing economic drama, and regardless of people anyway, in no land approval of situation Xia, to national expressly ban of “to rent generation levy” way violations expropriation large land construction solar PV power, total involved d Zhang Zi Cun, and camp Zi Cun, and master Temple village, and Hebei village and riding Gou Cun near 3000 acres basic farmland, on landless villagers of compensation for annual each acres 1000 Yuan, not reasonable of land way serious violations has villagers of normal legal interests. All the villagers have said: “we support the community economic development and gave their land, what do our future livelihood protection? village farmers to us before collecting taxes, only to farmers ‘ eggs ‘, but now the township land by force, was to turn the villagers lay eggs ‘ hen ‘ walk!” Villagers are complaining but not hesitating to say. 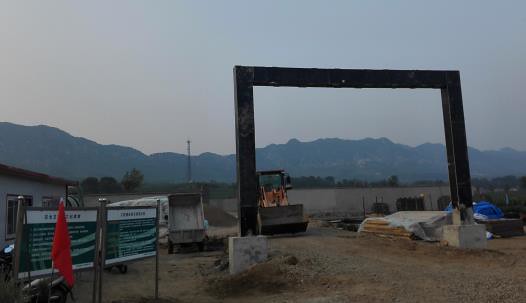 Riding Gou Cun probably has 3000 mouth people, points 13 a team, but can using land is insufficient 2000 acres, belongs to typical of people more to less, early in years Qian has production team of when on set “village of land 30 years not variable, added people not added to” this a unwritten of rules, led to so years yilai village many population no land can species, some a four mouth people is only a people of to, rations enough eat of situation minority, basic each team are has, Villager groups reflect the rations problems several times but always failed to resolve. However, in recent years village is frequently sold to, years Qian sold pig farms of more than 100 more acres land due to a species reasons idle has, big area land of deserted let people distressed; raised cattle field also in this village accounted for to dozens of acres, but this year is in didn’t consent of General villagers agreed of situation Xia, forced to to rent generation levy of form expropriation has village of land, put village this on few of good arable land sold has PV company construction solar PV power, subsidies price for annual 1000 Yuan/acres, had said of is poverty project, PV power field inside to construction planting big shed, but PV company built good production yilai is put wall surrounding has up, now alone built big shed has, villagers even casually in are impossible, due to only get has this year one years of 1000 Yuan subsidies paragraph, landless villagers more is have worried next year of subsidies can as scheduled hand, villagers for times to Xiang County two level Government petition, is didn’t up to any role, problem still exists. 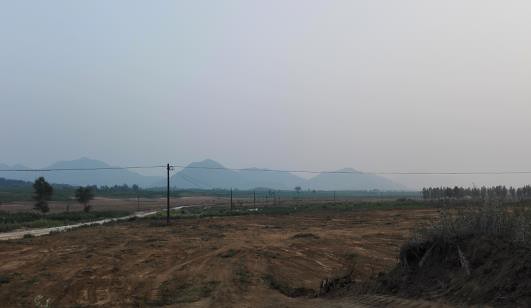 However, in the villagers ‘ lead down to riding Gou Cun, we see large solar photovoltaic surface hardened pieces of solar panels has been walled up, are growing crops around the walls, wall in addition to the solar panel does not see any agricultural facilities, but did not see so-called grown in greenhouse, it is fraud.

Under the land management practices, more than 35 hectares of land expropriation must be reported to the State Council for approval, 2014 issued by the Department of energy for the further implementation of distributed PV policy notice referred to “the use of waste land and barren slopes, agricultural sheds, beaches, ponds, lakes and other construction of distributed PV to dissolve on the spot.” File mentioned in “beach, lakes and mountain slope” is not used, the term “fish ponds, agricultural greenhouses” belongs to the category of agricultural land; the abandoned land belonging to the land, such as mining, but farmland is part of the arable land, and is mainly cultivated land in that part of the high yield and quality. Generally, designated into basic farmland reserves of arable land are is basic farmland, people called “dinner field”, and “leading field”; according to land management method and land resources Department issued of land classification provides, agricultural to is refers to for agricultural production of land, including arable land, and garden, and woodland, and forage to and he agricultural to, these land is not allows privately used to built PV power station of.

Photovoltaic facilities construction agriculture poverty alleviation project is actually making life happier for farmers ‘ wallets, if local governments rely on the Executive Force forced land, disregard for farmers ‘ rights even against their own will, is tantamount to air, forget the most basic starting point of fumin, also buried the problem, has increased public antipathy. Sincerely hope that national implementation of the agricultural policy, as it is not only on paper, to bear in mind, fall on the paper, said in the mouth.