First, by the end of 2013 for the record (approval) project, as of December 31, 2016 are not grid-connected power generation installed capacity, cancelled the project record (grant) and the national renewable energy electricity price subsidy eligibility.

Two, during the end of 2014 to 2015 for the record of the project, time limits such as not complying with the filing requirements of grid-connected, cancelled his project for the record and apply renewable energy electricity price benefits eligibility (grid-connected is not explicitly record file limit of validity of 2 years by filing). Is canceled for the record but needed to continue construction projects required justification, and substantive work of the project-related support materials, after review by the original applicant, reconfirmed my Wei. Prior to June 30, 2016 filing of distributed PV may refer to the notification requirements to clean up. Thoroughly clean fill in annex 1.

Three, distributed PV power plant project on the ground, all localities should strictly in accordance with the country’s new (2014), No. 406, requires approval limits. By splitting the project breaking record, once verified, I will surely disqualify record project and enjoy national renewable electricity price subsidy eligibility. If necessary, shall be reported according to the procedure to cancel its file permissions.

Five, I considered the grid of absorptive capacity and the completion of projects, giving priority to PV, advanced process technology for poverty alleviation, large energy companies structural transformation and upgrading, PV module manufacturers to extend the industrial chain and other types of projects, and actively supported the long-term strategic cooperation with the province of large enterprise groups. The record item does not state the province the 2016 General linked to new construction of photovoltaic power station. Meanwhile, in the change-energy [2016]1163 and new energy [document 2016]166 required, actively carry out study of the PV power plant bidding in our province, in the PV power plant construction area of the project pilot and phased in.

After six, around the development and reform Department notified immediately organize PV projects within their respective jurisdictions while process of identifying, cleaning, and 2016 filing project list, complete schedule 1, 2, on July 31, once only before submitting my authority. 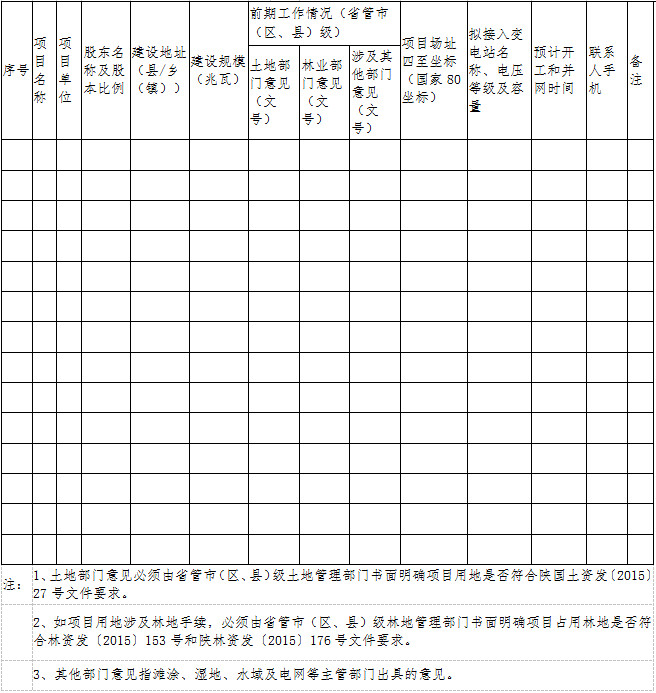