Polaris solar PV net news: Morocco had developed an ambitious renewable energy plans, renewable electricity generation by 2020 the country generate over 42%, currently in solar-thermal power generation, photovoltaic and wind power positive and effective action in the areas of support, that goal is becoming a reality.

In accordance with the Morocco Government planning, national renewable energy generation within the next four years and will rise to 42% per cent, through the development of solar projects such as Noor can reduce the amount of oil used each year to 2.5 million tons. In addition, Morocco and Portugal signed a cooperation agreement for renewable energy development, our green energy exports to European Union leaders across Africa.

As a resource-rich nation, Morocco as part of its solar energy of choice for achieving a low-carbon energy development goals was no surprise.

Transition away from fossil fuel dependence

Pursuing energy independence can be said to be Morocco vigorously promoting the development of solar energy is an important factor. Earlier, Morocco’s energy needs 97% once dependent on imported fossil fuels to supply, but Noor project development is expected to make Morocco reduce the volume of oil imports of up to 2.5 million tons a year.

While in the pursuit of energy independence and to promote low-carbon energy technologies, and Morocco are also exploring development potential in the use of natural gas, but based on the number of sunshine hours up to 3000 a huge advantage, Morocco focus more on the solar power generation field, but also a lot of ambition, namely through the development of solar energy implementation of electricity trade surplus with Europe.

In addition to speed up the implementation of the national solar energy plan, Morocco for renewable energy development to strengthen cooperation with European countries. Recently, Morocco and Portugal will jointly develop renewable energy signed a memorandum of understanding. Cooperation between the two sides is the basis of Portugal’s experience in renewable energy grid, their long term goal is to become the African green energy exports to European Union leaders. 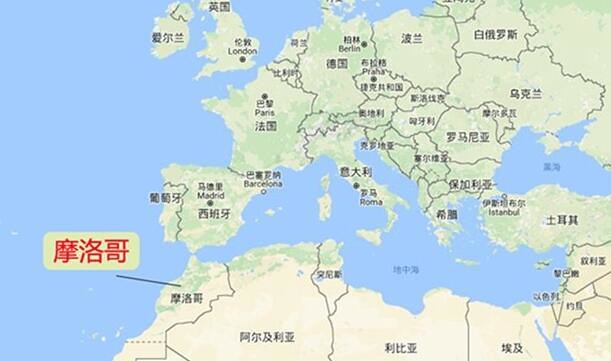 Photo: thanks to geographical advantages, Africa’s rich renewable is expected from Morocco flow to the European

Similar cooperation with Morocco in State-owned companies Nereva and France cooperation between the energy company Engie, both sides are common on the West coast of the Atlantic Ocean to build huge Tarfaya wind farm projects.

In fact, many forward-looking international energy companies have seen the future of North Africa and the enormous potential for renewable energy development in the West, in the area Engie only between 2020 and 2025 are expected to participate in the installed capacity of renewable energy projects up to 5000-6000MW.

Based on current trends, renewable energy development will have on local development, some countries to achieve energy independence and enhance the links between Europe and Africa plays a useful role in promoting, for observers in the field of green energy, the area should be worthy of close attention.