In setting up micro-grid

The intelligent power Union (SEPA) and the United States solar energy industries Association (SEIA) joint activities organized by 2016 is the 13th, with the participation of more than 18,000 people from home and abroad, SEPA Chief Executive JuliaHamm said, “is one of the largest in nearly 5 years.” This means that the global on the United States market of the high degree of attention.

Of the more than 650 exhibitors, 80 of them related to the battery companies. Increasing number of exhibitors and seminar in battery at the same time, the special shows and seminars to increase micro-grid for the first time. Set up in the parking lot outside the venue “Live (actual work)” micro-grid system, provides a fair amount of electricity used (Figure 1).

On the SPI in 2015, by asking Congress to extend the end of 2016, “investment tax credits (ITC)” – “import renewable energy investment tax credit (Federal Government policy)” activities of the term, and “what would happen if not extended? “Nervousness, make the venue over the tension.

SPI 3 months after the end of December, United States Federal ITC extension for 5 years without a parliamentary act, United States PV industry out of the chill after 2017 the market’s pessimism towards, market relations are generally at ease. 2016 years SPI has not in this situation last year as tension, but filled with “celebrate” previous great development achievement and future-oriented atmosphere.

SEIA and United States new PV GTM Research report (U.S.Solar Market Insight Q2 2016) in 2016, import volumes in the second quarter rose 43% 2GW. Market size and forecast for 2016 will be 85% than in the previous year, reaching about 14GW. 70% above is a large electric power business station (Figure 2). 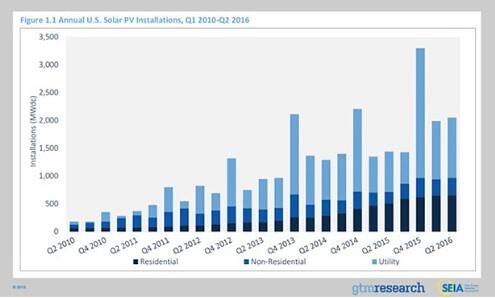 The inventory glut led to sharp drop in Panel prices

With the 5-year extension of the ITC, and future prospects of the market, but on the other hand, in the United States market of solar panel manufacturers are facing a serious situation. The reason is that the United States lower panels in the market prices.

United States PV market research and consulting company SPV Market Research founder on this background, the Chief market analyst Paula Mints said: “the market oversupply, China (Over Perform). 2016 (China) the Government requires the capacity to 15GW. But is expected in 2016 delivery capacity of about 28GW. Look forward to the Chinese market and the mass production of solar panels was looking for a way out (sale). More promising market in United States and India. “

Excess inventory of panels were shipped to the United States, “at the moment, United States-made solar panels prices between/W/W 40 cents to 55 cents. Even includes the price of the (antidumping) duty “Mints in the SPI said. /W price fell to 40 cents for United States end users and developers is good news, but the battery manufacturer to compete with Chinese companies, it is difficult for United States markets increase profits (Figure 3). 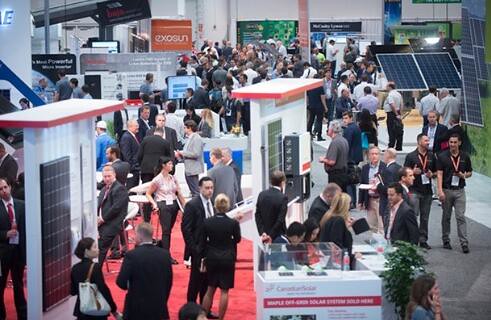 The true value of PV will save the housing market downturn?

Also, in residential and other dispersed PV power played an important role in the popularity of the net metering system also triggers a heated debate. With the revision of the system, State of large power companies promoting the administrative procedures of the modified price. Price changes in the residential photovoltaic power generation equipment will be set up, taking into account the additional grid on a basic fee fee, import demand of electricity and charging system on time and so on. No matter what approach to take, and economically for photovoltaic power generation device owners is bad.

The reason is, the largest residential electricity demand mainly in the evening and morning, and photovoltaic power generation peak period and maximum demand period is staggered. Barbose, said Arizona’s Salt River Project power company at the end of 2014 charge system of import demand in residential areas. A result, first quarter of 2015 number of grid-connected photovoltaic system applications by 2014 3565 plunged to 64 in the fourth quarter.

Amend or repeal on the net-metering system, and bad for photovoltaic power generation in discussions of import price changes, “the value of PV (Value of Solar)” evaluation method is currently in New York State was concerned. Photovoltaic system cost is not only made of the value of electricity price, also for economic, environmental and social benefits (value added) for conversion, such as no transmission losses, does not need fuel, emit no carbon dioxide, contribution to local employment, and so on.

Value to replace the net-metering of PV power generation system for residential market in the future, must be above the level of the current retail price for evaluation. But large and complex evaluation of data may take a long time to import (Figure 4). 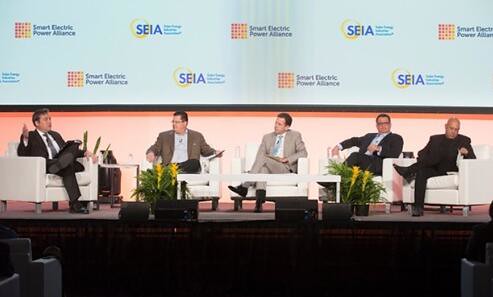 Figure 4: about the United States looks forward to heated discussions and concerns for the future of the market (source: Solar Energy Trade Show)