Polaris solar PV net news: maybe it was the dream of many people.

However, if the aircraft to fly in a circle around the Earth, perhaps it is a challenge. Let alone, and not let you use a drop of gasoline, not as fanciful as it may sound?

Just so, first people, bet on more than 10 years of my life, finally finished this “mission impossible”.

Today, as we meet, legendary adventurer Bertrand ˙ Picard (Bertrand Piccard) and his plan for solar energy to fly.

Bertrand ˙ Picard, born in Switzerland, a family of explorers, his grandfather Auguste ˙ Picard took ascend above the stratosphere in a balloon, and his father, Jacques ˙ Picard (Jacques Piccard) took the submarine dive to the depths of the Earth-the Mariana Trench “Challenger deep”. 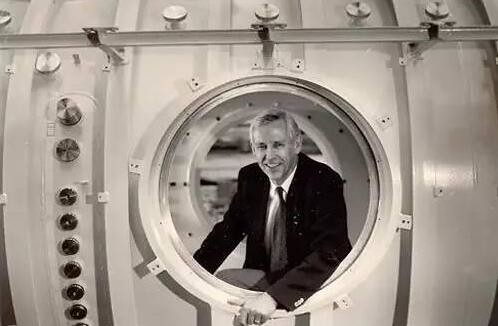 Bertrand after being a family, nature is also delivered. In 1999, he launched a human without landing in the middle of a hot air balloon to fly for the first time, after 19 days, 21 hours and 55 minutes later, finally completed the feat. The ground, carried by balloons left less than 40 kilograms 3.7 tons of propane, a minor mistake his challenge would fail.

This deeply aware of Bertrand, human beings must reduce dependence on fossil fuels and switch to more advanced energy technologies. 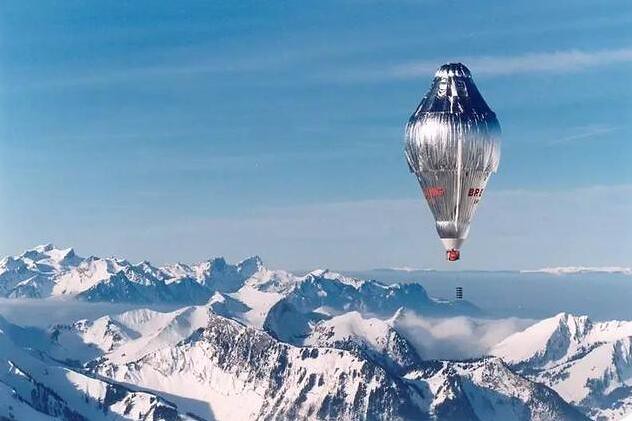 Solar energy called the cleanest source of energy in the world, and to prove to the world that Bertrand, solar energy can replace fossil fuels! His mind began to emerge with a plan:

In 2003, Bertrand Switzerland Lausanne Federal Polytechnic Institute, “solar-powered aircraft to fly” to conduct a feasibility study of the project, where he meets like-minded partners – Andrey ˙ Mr Borschberg (André Borschberg), not only is he an engineer, also was a fighter pilot, refers to two people meet, Andre said:

At that moment, I knew that my dream has come true, I can finally put my entrepreneurial experience, combining the love of flight and the innovation of science and technology! 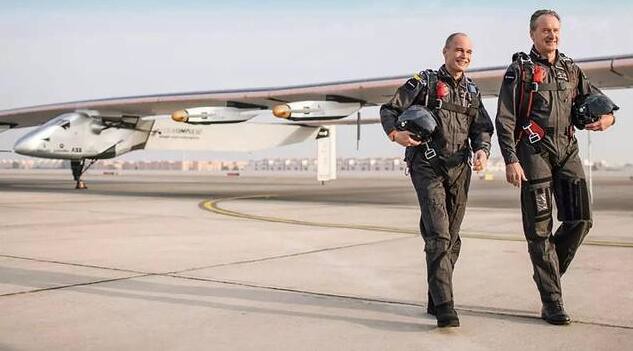 The end of 2003, they released the details of the project 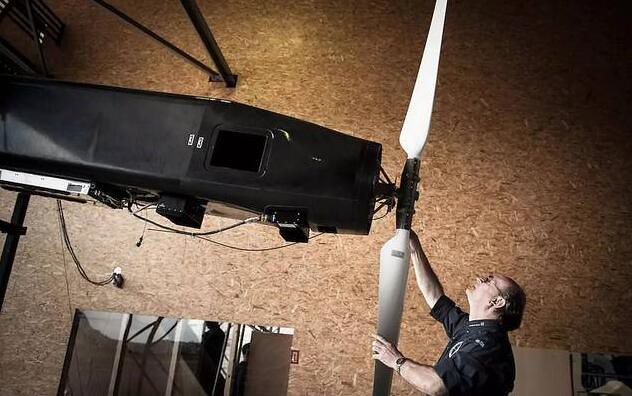 By the year 2015, the “shinin” fundraising total as much as $170 million of the project, partners, more than 60 companies, founder of two projects did not take a penny pay! Sun power has never been a profit-making institution, as Bertrand stated in our mission statement:

We hope that “shinin” can contribute to the world of renewable energy development, and make people aware of the role of clean-energy technology for sustainable development. We need to mobilize everyone’s enthusiasm, reduce dependence on fossil fuels, increase confidence in the new energy. 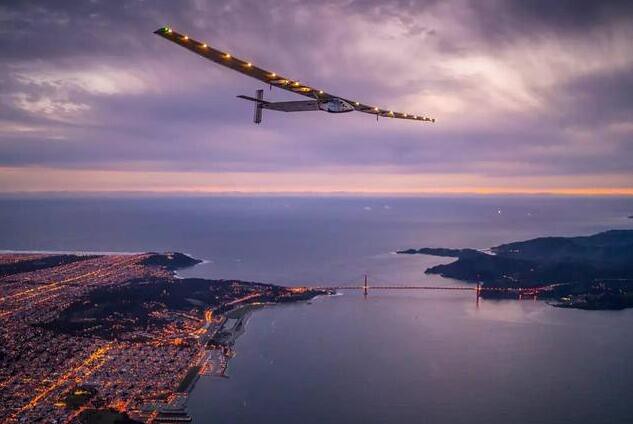 In order to complete the flight around great goals, “Sun power 2nd” uses a lot of bold design.

This is the world’s first sustainable solar aircraft flying day and night, their wingspans up to 71.9 m, slightly smaller than the current largest airliner Airbus A380. To know the A380 Jumbo giant weighing 500 tons, “Sun power 2nd” enough to make aircraft lighter, body uses a lot of carbon-fiber composites, eventually the whole weighing only 2.3 tons. 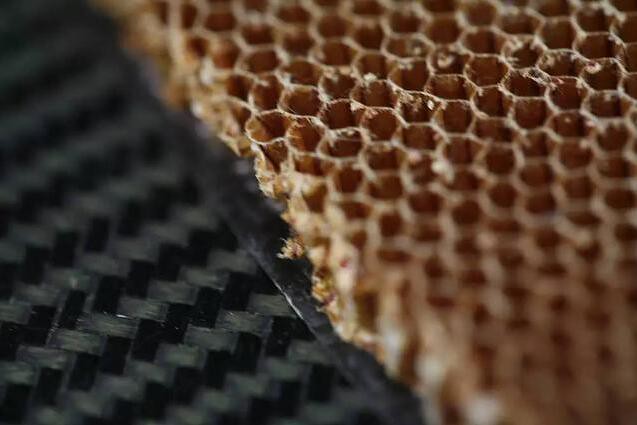 Energy supply is key part of Sun power, 2nd design. Whole plane loaded 17248 total solar panels, photovoltaic conversion rates up to 22%, beyond the power of the engine, in addition to, and 633 kilograms of lithium-ion batteries, to fly at night. 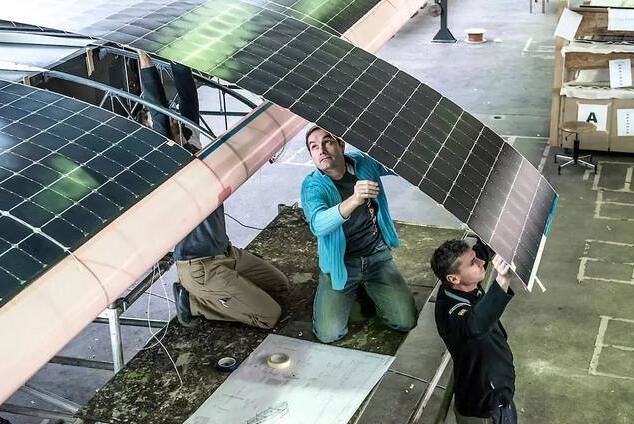 Sun power, 2nd by Bertrand and Andrea took turns driving, laksa is afterall to solve. They took off from the Arab Emirate of Abu Dhabi through India, Burma, China, Japan, and Japan across the Pacific to fly to United States, from the United States over Europe, Africa, and eventually returned to Arabia.

Funny thing is, this is sufficient to write into the wonders of space history, without any participation of an airline, in their view, making such aircraft is impossible!

Because no airlines found support, and Andre Bertrand had to seek help from all walks:

Chemical group Solvay is responsible for manufacturing the engine

Perhaps no one could have predicted that the end of this magnificent space project has been completed, turned out to be a group of “outsiders”! 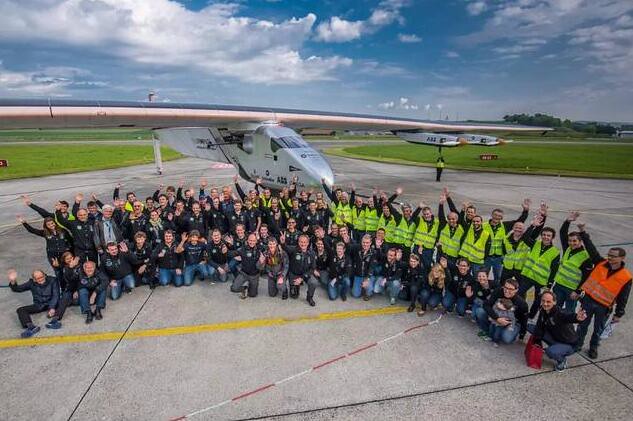 The next step in Solar Impulse will develop with the function of unmanned solar-powered aircraft, some of the features which can replace the satellite, is an ambitious project.

Your journey may be coming to an end, but the journey has only just begun to sustainable development, you are inviting us to fly into the future!

Original title: he is not a single drop of gasoline, but the plane around the world!