Polaris solar PV net news: Japan 6th purchase price estimate Committee this year was held on December 13, renewable energy price next year, announced the Chairman on the basis of the discussion before the draft.

In the draft, Chairman of the residential photovoltaic (less than 10kW) 2017-price (source: Ministry of economy and industry)

In the draft, Chairman of the non-residential photovoltaic (10kW) 2017-price (source: Ministry of economy and industry)

In addition, starting from next year, will determine the purchase price of the 3-year residential system. No obligation system sets the output power control device, 2017-28 Yen annual annual 24 Yen 26 Yen/kWh,2019/kWh,2018/kWh; set the system on the basis of the obligation increased 2 Yen respectively.

Purchase price of non-residential systems from this year’s/kWh 24 yen, fell 21 yen per kWh. Calculate cost of premises and equipment utilization, system costs dropped from 251,000 yen/kW to 244,000 yen/kW, capacity utilization increased from 14% to 15.1%, became the basis for lowering prices. 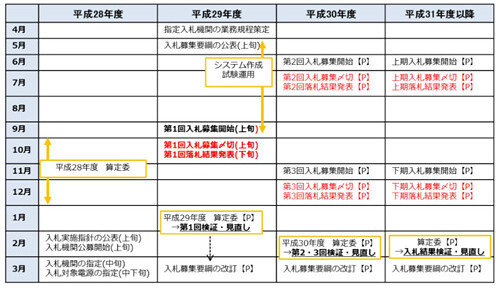 In addition, on the bidding system, a fixed price system (FIT) Amendment Act though “more than 10kW of photovoltaic power generation” as an object, but will also be in 2017 and 2018-located in a trial period, during the trial period over 2MW of UHV power grid project object, set the maximum amount of 1.5GW bid.

Specifically, the bid will be implemented in the 1th year 1 next year 2. 1th annual distribution amount of bids 0.5GW (500MW) bid limit price the same as next year’s non-residential photovoltaic power generation for 21 Japanese Yen/kWh. Beyond the following year bid amount and the upper limit price will be based on the first annual bidding situation, discussed at the purchase price estimate for next year Board decisions.

In addition, regarding the qualifications to participate in the bidding, requirements are, in principle, the same as when applying for a FIT, but the incorporation agreement, taking into account the agreements require a certain amount of time, not as a condition of participation, but after winning the get FIT prior to the certification, to sign the construction fee agreement.

However, taking into account tenderers to seek incorporation agreement signed in prior to bidding, in determining the project’s cost, and then decided to bid on the amount of demand, bidding for project construction fee agreements, setting up payment terms available in bidding qualifications, certification of prolonged measures.

Economy, trade and industry forecast, next year more than 2MW certification 1GW, by setting the 1th annual amount of bids for its half (0.5GW), intended to make competition play the effect of lower prices. Bid results, bid amount is lower than the 21 Japanese Yen/kWh, then the bid will drop further in the coming year bidding limit amount, which will reduce the costs further.

However, if the new development of UHV projects downturn, locked in bid bid amount maximum amount (JPY 21/kWh), 1TH and 2nd year winners can only be selected by drawing lots, will not receive the cost reduction effect. Around next year’s 500MW “extra high item limit”, the development of large-scale projects between operators are about to compete.