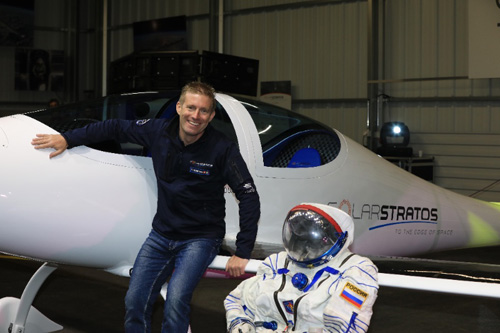 Paul Domjan said, “Solar Stratos is to prove that even with current renewable energy technologies can also catch up with and even go beyond fossil fuels”. Domijan project solar sail alone “PlanetSolar” power boats sail project, and was completed in May 2012. 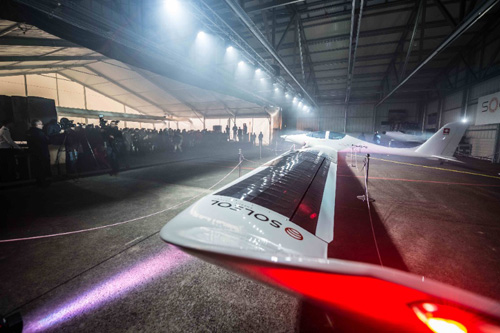 Solar Stratos’s goal is to fly to an altitude of 25,000 m (25km) in the stratosphere, where the temperature is-70 ℃, pressure on the ground 5%. So, need to wear a space suit when the crew aboard. Space suit’s energy provided by the Sun, which is the world’s first.

Equipped with a conversion efficiency of 22~24% Solar Panel

Fuselage set solar cell conversion efficiency of 22~24% products, with a total area of 22m2. 20kWh of lithium-ion batteries for electricity storage, for driving 32kW/2200rpm maximum output power of the motor.

In the SolarStratos project, Germany Aerospace Center (DLR), serving as co-pilot’s ThierryPlojoux, MichaelLopez-Alegria astronauts and a number of organizations, enterprises, experts, plans to support the project founder and pilot duomiyang.

In the long run, they plan to develop solar-powered flying drones to explore the stratosphere.

Switzerland has also been implemented in July 2016 only by the Sun flew aircraft for the first time successfully completed the voyage “shinin” (Solar Impulse) project.

Solar Stratos is unlike Sun power project, it is not clear whether personnel exchanges between the two projects. However, through the implementation of two projects in the future Switzerland has the potential to become solar aircraft and UAV technology development center, and the world’s attention.

Original title: the objective is only to solar energy to fly into the stratosphere, “Solar Stratos” project