Polaris solar PV net news: according to the CSPPLAZA Research Centre, in 2016, built the global solar thermal power generation installed capacity growth slowed in 2015, only increased the 76.86MW on a 4940MW basis, total operating capacity of about 5017MW, an increase of only 1.56%. But along with Morocco, and South Africa, as well as the rapid development of China and other emerging markets, is expected in the next two years built the global solar thermal power generation capacity will have increased significantly.

By the end of 2016, South Africa built solar-thermal power generation projects totalled 3, namely XinaSolarOne, developed by Abengoa project, developed by the Engie Kathu project and developed by Emvelo Ilanga1 power plant, the total installed capacity of 300MW. These items are REIPPPP plan the third round of the winning project, three projects are expected to be put into operation between 2017-2018 to grid. Which is XinaSolarOne is the more advanced development, the plant is expected to be in 2017, the second quarter grid. RedStone with the stage III b-round winning project power station for a PPA agreement signed an extension could not be built as planned.

2016 for demonstration projects of the Chinese market price policies, such as landing, expected in 2018, China will have built capacity for massive growth. 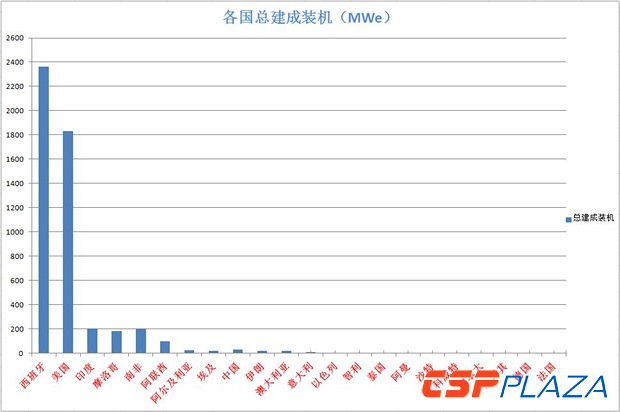 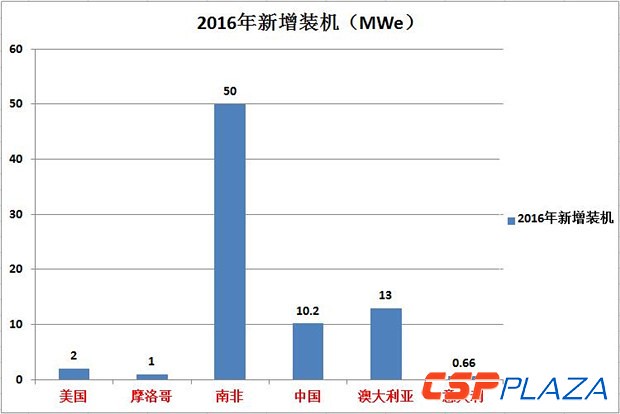 SolarReserve announced on February 22 that 110MW Crescent dunes Tower power station official incorporation of molten salt operation and 110MW full power output, in fact, the station since November 2015 into the grid during commissioning, but officials previously has not been formally announced, the new installed capacity of the project had been included in the 2015, are no longer included in the 2016 new installed capacity statistic.

On February 4, Morocco’s first large-scale commercial solar thermal power installed capacity of 160MW NOOR1 trough power plant official commissioning, Morocco King Mohammed VI attended the commissioning ceremony at the seat of power. NOOR1 power plant in 2015 have been put into operation in the second half after the commissioning ceremony was held December 27, 2015, but Morocco Government officials put a stop to terminate, but deferred to officially put into operation this year. The project had been included in the 2015 new capacity, are no longer included in the 2016 new installed capacity statistic. 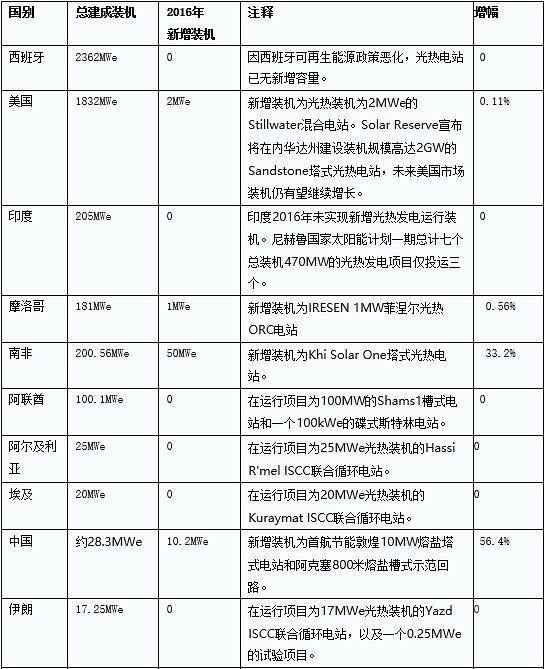 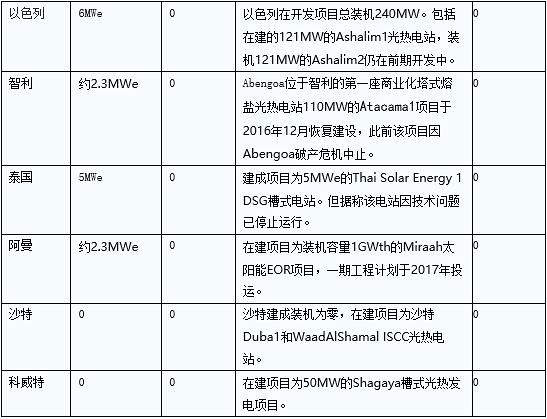 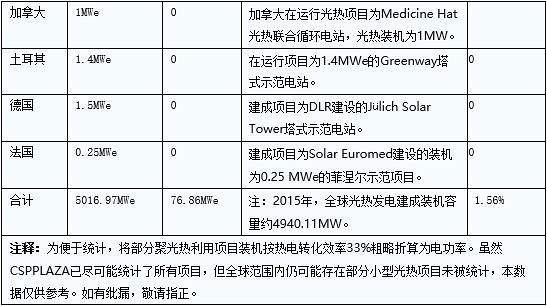