Polaris solar PV net news: Trump took office this week, his “coal” new policy they would change the United States in recent years, the energy structure of the transition to a low-carbon trend? United States New York Times references of the Energy Institute at the University of Texas study, published in the following three figures.

First picture: without government subsidies for renewable energy, without taking into account health and environmental and health costs of the case, natural gas power generation in the United States most of the power of the State is one of the cheapest, followed by wind power is the cheapest power in the several States, and coal and electricity only in Minnesota and Wisconsin have cost advantages. 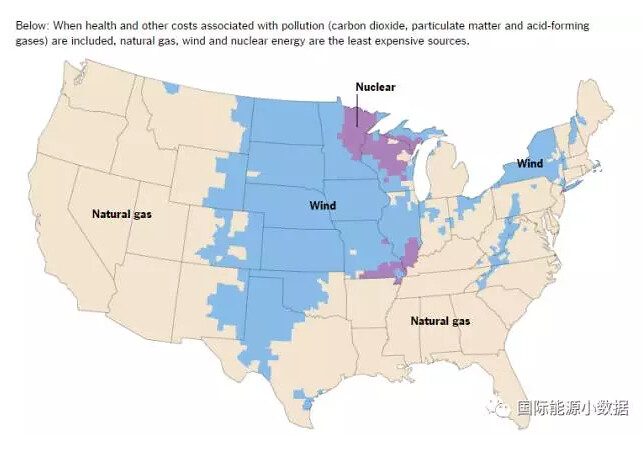 Second picture: without government subsidies for renewable energy, but consider the health of environmental pollution by coal and electricity costs and the effects of greenhouse gas emissions, coal power completely out in the United States without any State’s competitive economic advantage, natural gas, wind and nuclear power into different areas of choice. 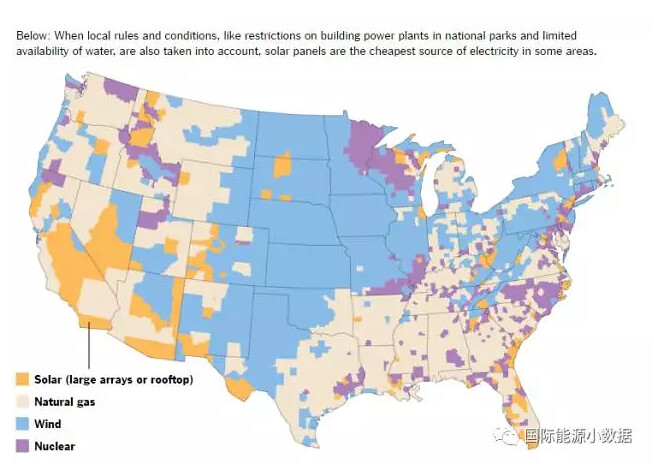