Polaris solar PV net news: How can complement national energy Board resolved to abandon the wind, abandoning the new trick of light. Struggling with problems such as lack of standards, lack of experience, however, is still difficult to scale.

In recent years, large-scale development in photovoltaic, wind up at the same time, accumulate a serious problem of absorptive. Although the scenery is clean, renewable, on the one hand because of the intermittent is not welcomed by the grid, on the three northern regions, large-scale construction has gone far beyond local absorptive capacity and underdeveloped delivery channels, abandoned wind up in serious condition.

Complementarity is a complementarity between the use of energy to maximize the efficiency of energy use, through scenery of instability, such as renewable energy and fire stability of traditional sources of energy, such as the combination of complementary energy storage is an important part, of course, but energy can play a role at this stage is still limited.

On July 4, 2016, the national development and Reform Commission, the National Energy Board issued jointly on promoting the complementary implementation of integrated optimization model construction (hereinafter the views). Views display, the “Thirteen-Five” period, will build a State-level Terminal integration for demonstration projects of more than 20, national demonstration project of landscape water storage can complement more than 3.

From the form of energy, is the integration of renewable energy and energy storage, and add up to very large, for large energy base has a certain model of complementarity.

On more can complementary, National Energy Council Planning Division planning Director Liu Jianping pointed out that has points standard, “more can” is refers to two species above of energy, which at least contains a can renewable energy, energy type more more more good; “integrated optimization” is refers to model project from the surface Shang reflected integrated optimization, to improve energy using efficiency, reduced abandoned wind, and abandoned light, and abandoned water phenomenon; project of model sex, can up to industry of led role; project of timely sex: project as soon as possible led investment, as soon as possible construction, and completed, and run, eight items standard.

However, in large energy bases, complementary can really address the so-called memory problems? It would be difficult. Reporters interviewed a number of renewable energy experts, in relation to this issue, are said to rely on complementary abandoned air, light, water and other discards problems of energy waste is not realistic.

It is also because local absorptive small space. In the three northern regions and the Southwest, local loads are small, even complementary to enhance efficiency, changing ways, like wind hydrogen, heat and other way to increase the load, is utterly inadequate for the scenery of huge volumes of water.

“Hydropower capacity is large, the day, and can be done completely dominated by light, adjust to electricity, PV can create scheduling needs of the power curve, when there is no light at night can be prone to water and electricity. Such circumstances can be completely abandoned, and transmission line of electricity on the basis of the original, without modification, you can increase utilization. “China renewable energy society Vice Chairman Xu Honghua told the journal energy reporter. “So called complementary role is to optimize and unified scheduling. But now few, few, many of which are institutional problems. ”

Abandoned, abandoning the wind light and water, no matter what is attributed to, in order to completely address would still be pinning their hopes on the delivery channel built as soon as possible, with complementary can only play a role in optimization. In other words, at this stage, rather than in energy resource base far from load Center introduced a number of complementary, end user introduced a number of complementary not a multiplier?

From large bases to end users, energy forms naturally toward the direction of distributed development, but whether it is in coal, natural gas, or solar, wind power and other renewable energy, distributed can be said to have their difficulties, can complement has a bright future, but subject to various constraints, now there is no competitiveness.

Xu Honghua pointed out that although the condition of each individual technology use of distributed energy, but can complement, or is a combination of combined cooling, heating and power, there is no success story, how can complementarity is not a simple energy added several. In other words, technically there is still a lot of work to do, due to the distributed nature and technical solutions need to be adapted to local conditions and a variety of technology needs for energy integration, now there is no replicable technology.

In addition, on distributed energy policies in place now are directional and tendency, economic incentives and no project has not economy of operation, it is possible in the demonstration phase, but large-scale promotion no economy is not acceptable. Many advantages can complement each other in the collection of a variety of energy at the same time, can achieve real integration in the economy are more important in the long run.

From research and practice, user terminal can complement most involving natural gas, electricity, heating, cooling and other fields, and policies in these areas can be said to be hampered by continuous, difficult to reconcile. Moreover, both the “spontaneous, for personal use, more than power” or “full Internet”, due to the lack of grid design standards, technical guidance and acceptance, also encountered a great deal of difficulty in grid-connected.

Renewable energy, distributed PV has become the next outlet, but subsidies decline, caused by subsidies in arrears policy problems and not solving, which will provide huge risks which may trigger more complementary. 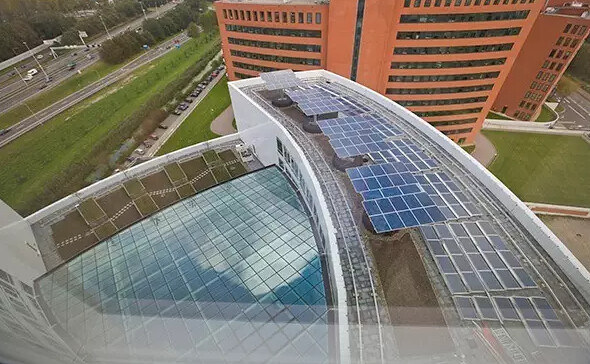 Views clearly by 2020, the provincial (district, municipal) by Terminal integration of new industrial park reached 50% per cent of the energy supply system, both implementation of comprehensive energy cascading utilization ratio of transformation of the industrial park reach 30%. So, whatever the area of any of the events, can be adapted to local conditions, can have economy and promotion of properties? These also require a validation process.

Views in publishing for more than a month later, on August 11, 2016 held in Qinhuangdao, China Internet Conference on energy, national energy planning, Planning Division Director Liu Jianping said local declarations are now received multiple complementary integrated optimization model of construction projects has more than 500. But with Internet + wise energy pilot project all provinces (cities, districts) number no more than 5 different, this complementary projects to the local declaration did not set the number limit.

For the selection and approval of the project, according to Xu Honghua introduction, led by the Chinese Academy of Sciences to carry out complementary research on mechanism and application of policies, large-scale energy complex, rural towns, city, island, construction of the industrial park in different forms, determining the scope, principles and typical application cases, promote disorder, technical guide.

It is understood that energy development Bureau in Inner Mongolia autonomous region in late September of 14 eligible for national declarations are complementary optimization demonstration projects reported to the National Energy Board.

As of early December, planning and construction of 950,000-kilowatt wind power, photovoltaic, 100,000-kilowatt storage power, 2×35 kilowatt cogeneration units, accessory building 220,000-volt transmission line and heating network of Jah Nur complementary optimization demonstration projects have been found by the National Energy Board review, included in one of the two verification project in Inner Mongolia.

On December 26, the National Energy Board of the first complementary optimization pilot project results were published. Integrated energy supply system for Terminal 17, involving Shaanxi, Inner Mongolia, Hebei, Jiangsu, 11 provinces and autonomous regions, wind and hydro energy storage can complement system 6, Inner Mongolia autonomous region, 1 of which, in addition to projects in haixi Prefecture, Qinghai province, Hainan Prefecture, there is a, one each in Shanxi, Hebei, Sichuan.

Energy development will be more and more towards integration in the future, judging from the present energy mix, whether it is new or stock power, set the maximum degree of integration and optimization, maximize energy role. But it is clear that in terms of policy, technology, and economic, national and enterprises have to do a lot of work.

Original title: resolved to abandon the wind up new tricks?
How can complementarity there is still controversy