DOE published by the United States energy and employment report (U.S. Energy and Employment Report), the statistics show, United States in the first quarter of 2016 when the solar power industry reached 374,000, is the largest among all the energy industry, 43%; a 25% figure compared with the previous year. Wind power industry employees 101,738 people, representing a growth of 32%. 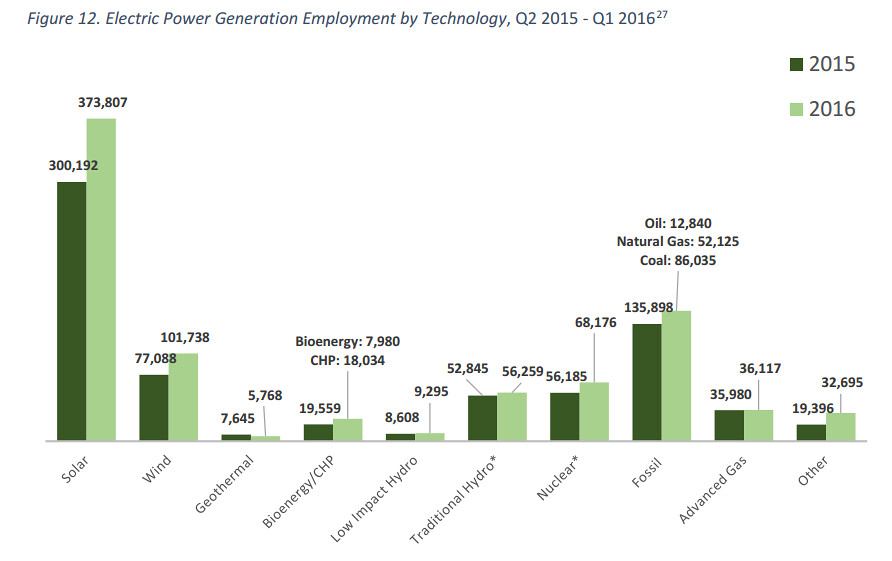 The same report points out that among all the solar power industry, construction and installation of 36.7% is, 26.5% is the sales staff is 15.3%, 18.5% is the manufacturer, professional services, another 3% other related work. From this point of view, solar power industry for the United States to create considerable employment figures, and consists mainly of new solar systems build demand-driven. 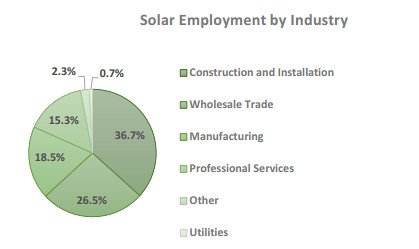 DOE report, there are currently about 6.4 million in energy-related industries across the United States in 2016, adding 300,000 people; additional work to the energy industry accounts for United States 14% of 2016 new work.

Coal-fired electricity generating capacity was reduced from between 2006 and 2016, September, 53%, and continues to decline, future employees will also reduce. Compared with gas power generating capacity increased by 33% during this period, solar exposure was increased by 5,000, growing from 508,000MWh to 28,000,000MWh. Therefore, several types of energy between ebb and flow also increases the number of workers.

Report Express: “gradually switching to switch to natural gas in coal-fired power generation, as well as boosting low-carbon energy generation, driven by United States energy mix is changing. That shift reflects on changes in the employee data. Industry increase in the number of natural gas, solar energy, wind energy, mining and other related industries is a decrease in the number of. ”

The independent newspaper (The Independent) cited DOE senior adviser David Foster, said the figures showed that 21st century economic and development direction of energy technologies in the future. He said that, regardless of whether it can continue to push down the price of solar energy and natural gas, or if energy consumption with smart grid and more fuel-efficient cars more popular reduction, energy innovation to the United States are important for the economic growth momentum. Foster said: “after all, in 2016, (energy industries) accounted for 14% of the new work. ”

According to the latest DOE report shows that the strength of the new energy economic growth cannot be ignored, but if the Trump to implement its energy policy, the independent newspaper pointed out that United States will most likely lose energy leader status.