Polaris solar PV net news: according to the Grand market advisory body research (GrandViewResearch) in a new report, global floating solar panel market is projected to rise from $13.8 million in 2015 to 2025 in 2.7 billion dollars.

Due to the increasing demand for reliable renewable energy generation, in the next eight years, floating solar panel technology is expected to grow significantly.

Floating solar market in the world (also known as Floatovoltaics), most of the growth will come from the States to deploy such technology, including Japan and the United Kingdom, China and Brazil.

In particular, Japan is expected to lead the development of floating panels, mainly because of the low utilization of land and natural resources are limited. In 2015, the Japanese floating solar market 75% of income. In addition, Japan much of the plan approved by the Government, the industry is expected to grow substantially. 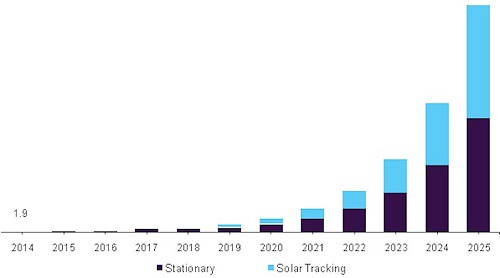 In addition, Japan’s growing electric power demand is expected to drive the next decade floating demand for solar-power generation equipment.

At present, the global installed floating less than 50 MW of solar power, but according to GTM research firm, the global solar energy market research analyst BenjaminAttia said the figure could double this year to 100 megawatts.

Attia said the floating photovoltaic technologies with increased albedo (or reflections from the water surface power) advantages and natural cooling of the module, this leads to a higher level of peak efficiency. It also benefits from reduced rental and licensing costs, and non-intrusive land use, “this may be the land restricted floating photovoltaic technology market development factors, such as Japan and Taiwan. ”

“However, the long-term degradation and corrosion, and expensive maintenance, installation of specialized structures, buoys and anchors worries still exist, this can balance system costs of the project. “Attia said in an email in response to Computerworld,” I sure hope floating photovoltaic technology needs continue to grow, but applied in specific cases, such as restrictive markets such as Japan and Taiwan, sewage treatment plants, hydroelectric dams and pumped-storage reservoir, and marsh restoration projects, provides protection against evaporation and algae. ”

Attia said the floating solar is more promising. Solar power built on the Canal in Southeast Asia and India will become more and more common.

At present, the world’s largest floating solar panels is Japan’s mountain of silo reservoir, completed in 2016, capacity of 13.7 MW, as more than 5,000 households. 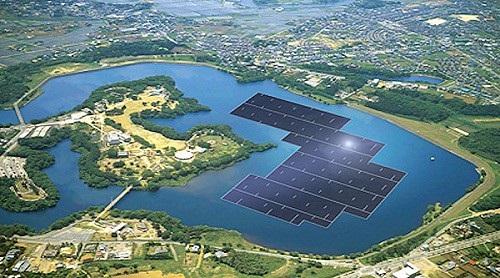 Britain and France continue to increase the number of installed, is expected to become the world’s second-largest market in Europe. Britain has the most market share in Europe in 2015, installed capacity of over 10 megawatts.

GlobalMarketInsights, according to another report: “during the forecast period, inland waters will increase demand for floating solar panel market in Europe. Due to the strong solar floating power plant construction, will witness the fastest growth in Latin America. ” 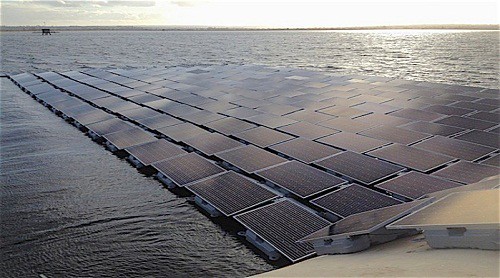 Europe’s largest floating solar array on the Queen Elizabeth II reservoir is being built as Thames Water, part energy goals by 2020 the company’s own production 1/3.

Thames Water company, Ennoviga solar and Lightsource renewables as part of a deal reached in, floating solar projects will include the deployment of more than 23,000 in reservoir with solar panels. Solar panels are expected to cover about 9% of the reservoir area. 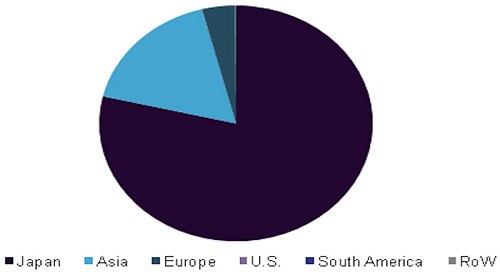 Floating solar panel market in the world by region

According to the GM sights, floating photovoltaic technology relies on water for panel installation, can be used for reservoirs, ponds, lakes, canals and other static water at the top. Panel to be adjusted to the position of the Sun, which can increase efficiency and maximize output.

“They also help reduce algae growth in a stable water and reduce water evaporation. “GMInsights stated that” due to the floating solar panels are placed on the water through cooling to maintain a stable temperature of Silicon panels continue to output levels. ”

Other than the Government subsidies and tax breaks, rents obtained from a floating solar facility can also benefit the water owner.

However, the emerging market also faces some obstacles. High cost of installation and maintenance may dampen market growth. In addition, the floating Panel cannot be easily placed in the sea or ocean, waves may affect their position, thus affecting power generation.

“The rapid depletion of fossil fuel reserves led to a demand for renewable power generation. Solar power is one of the fastest-growing renewable energy technology, because the system is easy to install, as well as global illumination is sufficient. “Grand research said,” compared with conventional power generation, advantages of floating solar panels are expected to drive market growth. ”