Around the world, in addition to multinational giants like Google wants to increase use of clean energy to enhance their public image, in the absence of strong legislative push scenario, few companies are willing to put money in their pocket to pay for commongood. So the launch of current policy, are intended to give domestic firms a buffer period, easy-related sectors also adjusted some details in the implementation process, to prevent certain companies or individuals to exploit the arbitrage.

Britain’s energy regulator is the Office of the electricity and gas markets (OFGEM).

What British RO object is what?

RO first regulation is a two-party transactions. RO qualified owners of renewable energy generation equipment is obtained from Ofgem RO certificate. And electricity company as a user of docking the last part became RO the sold object of the certificate.

Following actions is the RO process [1]:

1, with RO qualified wind power operators will each month to the Ofgem report their predictive power and Ofgem RO of the power to issue the appropriate certificate (ROC).

2, wind-power generation operators to sell companies or middlemen sold their ROC, so power operators can obtain income except selling electricity in electricity market, to supplement its upfront investment costs.

4, Ofgem will ROC in full and that the fines should be allocated to the purchase of electricity company.

This process has the following key issues need to be addressed:

How to set the ROC purchased on the market requirements?

Here involves a relationship between market supply and demand. If the market is greater than the number of ROC supply its mandatory requirements, then the price of the certificate will be suppressed. Ofgem will set the ROC according to forecast generating capacity rising 10% demand. Will not cause the ROC this shortage, thus ensuring a certain degree of market competition, certificate of stable prices. The following table (from Ofgem) the center column described the ROC units of electricity requirements over the past eight years. We can see this standard rose 0.097 per megawatt hour from 09 a 16 year of 0.348 per megawatt hour. Reflects the rising proportion of renewable electricity in the UK. Also shows the electrical contractor for sale in increasing costs in purchasing a licence.

How to allocate the ROC purchase requirements to a selling company?

Ofgem is based on each company’s electricity sales electricity users in proportion to the total. You can sell, you have multiplied by the coefficient of correlation, buy ROC.

Fully purchased the company, Government fines standard is how much?

From the free market trade according to the guidelines of, Ofgem fines standard is equivalent to setting the price of an ROC transaction limit, also played a role in a pricing guide. 2014/15 ROC fine standard is £ 43.3 per unit. So we just took the number 14 United Kingdom residential electricity prices (approximately £ 140/MWh) do a comparison:

˙ ROC certificate purchase has bred a certain amount of arbitrage is possible.

˙ Generation how to price their ROC, guarantee maximum benefit?

˙ Electricity sales companies how to reduce the costs in full and avoid buying less to ROC ROC is fine?

˙ Brokers how to hoard ROC, however, and in order to sell in a timely manner to avoid Peregrine? (Although the current policy allows only once, so this section will not apply)

Of course, the invisible hand of the market will eventually reach a balance of the three above.

United Kingdom this set apply to the domestic market, I am afraid, is facing many problems, see the following three points: 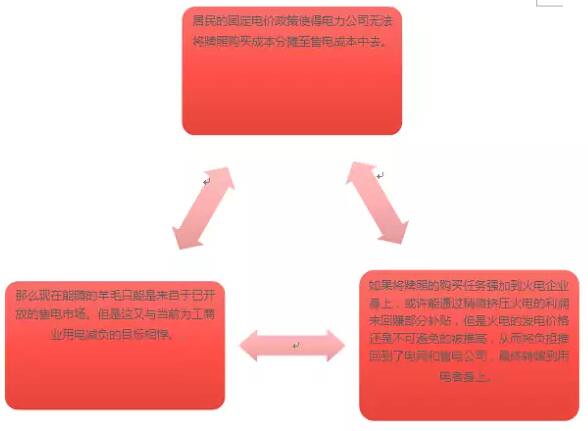 Three interacting, it comes down to is power pricing under the premise of not completely liberalized, related reforms will stumble.

Also, I need to pour a bucket of cold water that the United Kingdom Government had decided on March 31, 2017, stops new RO project certification. RO existing successful applicants will continue to implement the quota system, later to 2037, or new project of 20 years service period ending this year.

Why do you want to stop RO? I understand the British in order to achieve the EU’s goals, to increase renewable energy project launched in the early speed. By RO the fixed subsidies of low risk, the Government can obtain a substantial investment in the relevant fields. But the Government also realized that this low threshold access system will only increase the people’s burden of tariffs, which is difficult to achieve quantitative change to qualitative change in renewable energy industries.

First of all, the Government will conduct regular anonymous auctions, renewable energy developers need for their projects and the expected selling price quotations to the Government. Government will look at all offers project qualification, as well as the amount of special allowance funds assessment decide for which projects.

Of course, the CfD was not applied in China. Why is that? Electricity market because we have not been formed yet.

Original title: “green certificate” energy subsidies may not solve the new problem!
Not see how British do